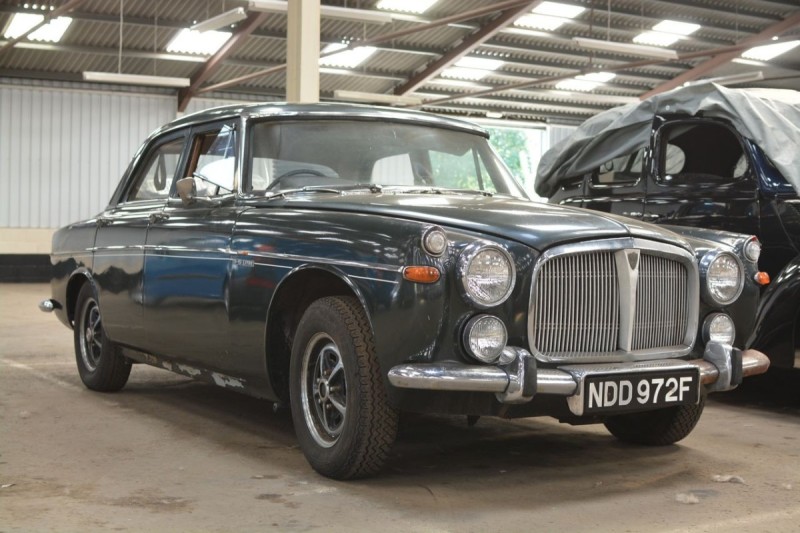 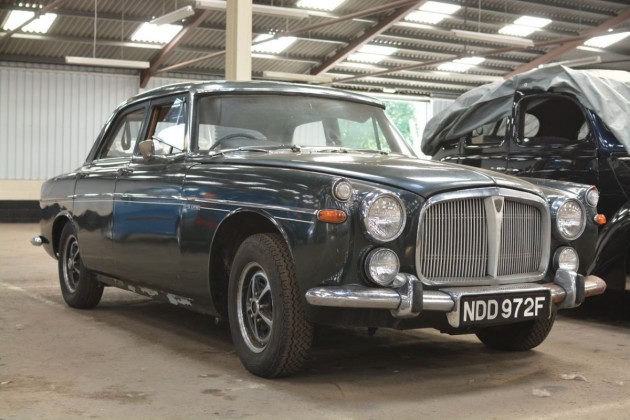 The Rover P5B arrived in 1967 and was the first car to use the Buick-inspired all-alloy 3.5-litre V8, its relatively unstressed output of 158bhp being significantly more than the outgoing 3-litre straight-six, the extra ‘oomph’ being further enhanced by a significant reduction in weight.

Thankfully, the V8’s relatively low compression ratio and gentle cam profile meant that there was little sacrifice in the legendary refinement of the old six pot, an abundance of cylinders and hydraulic tappets in the new V8 ensuring smooth running and dollops of low down torque for an even more relaxing driving experience. By any measure, the introduction of the V8 made a superb car even better, the saloon and coupe versions continuing in production until they were dropped in favour of the more contemporary P6 in 1973.

First registered in 1968, this V8 saloon has just come out of long term storage where it has remained unused since 1984. On offer from a deceased estate, it has recently been made to run using a slave fuel pump, although no attempt was made to drive it on account of its lack of brakes!

As is so often the case with estate sales, the original paperwork has been lost, although the registration number is still recognised by the DVLA so it should be possible for the new owner to apply for a replacement V5C in the normal way. According to Experian it has had just one owner from new although in the absence of a V5C this is impossible to verify.

Offering loads of potential, it will require a comprehensive recommissioning before being presented for an MOT, but looks complete and original and a great way to spend those winter evenings.