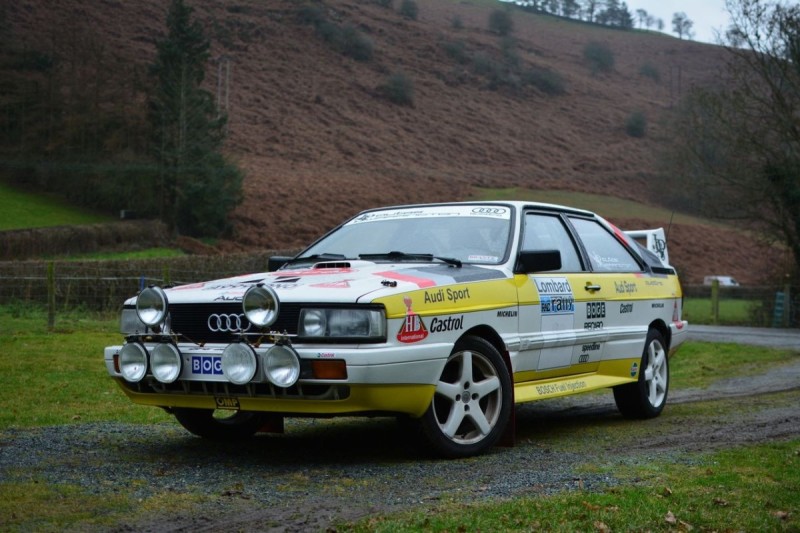 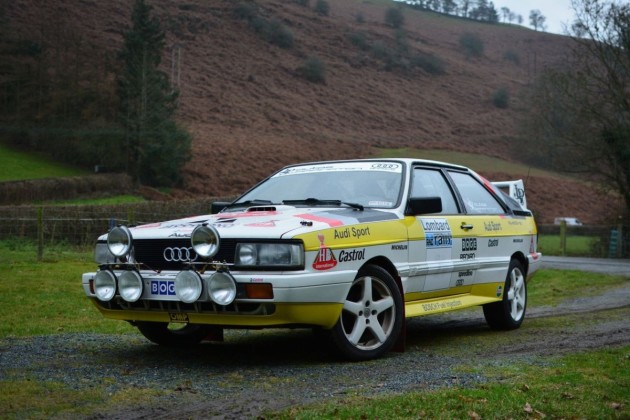 Launched in 1987, the Audi Quattro Coupe was a two-door version of the Audi 90, itself an upmarket version of the highly rated Audi 80, and featured Audi’s pioneering Quattro four-wheel drive system which gave it immense traction in all road conditions.

Beautifully built with a fully zinc-coated body that carried a 12-year corrosion warranty, it was powered by Audi’s unique 2.1-litre inline five-cylinder engine that was also used in the immortal (and visually similar) Audi Quattro Turbo. In non-turbo front-wheel drive FI (fuel injected) form, as here, it still developed a useful 134bhp and 137lb/ft of torque and was every well-heeled Yuppie’s dream car in the ‘Vorsprung durch Technik’ Eighties.

First registered in September 1983, this early analogue dash Coupe was previously owned by an Audi fanatic who evidently spent a small fortune modifying the car as an homage to Audi works rally driver, Walter Rohrl. Fitted with a Kamei bodykit, it is covered in period-correct decals with six front-mounted spotlights, 5-spoke lightweight white alloy wheels, bonnet vents, quick release clamps for the bonnet, and a big rear wing to complete the rally heritage look.

On the inside, the stock interior furnishings have mostly been removed for the authentic rally look with a pair of figure-hugging bucket seats, 4-point harnesses, expensive OMP roll cage, intercom system with twin head-sets, a fire extinguisher system, and a Brantz International 2 Pro digital rally trip meter plus map reading light for those late night road rallies. Additional gauges, an ignition switch and starter button, aluminium door cards and quick-shift gear change have also been fitted.

Said to drive well with an MOT until December 2017, the car looked, felt and sounded like the rally car it is built to resemble when we were treated to a short test drive on the occasion of our visit. Ideal for road rallies, amateur rally events, hill climbs and track-days, it would also make a fun road car, that famous 5-pot warble sparking fantasies of how much opposite lock to apply in the execution of the perfect Scandinavian flick on the way home from the office.