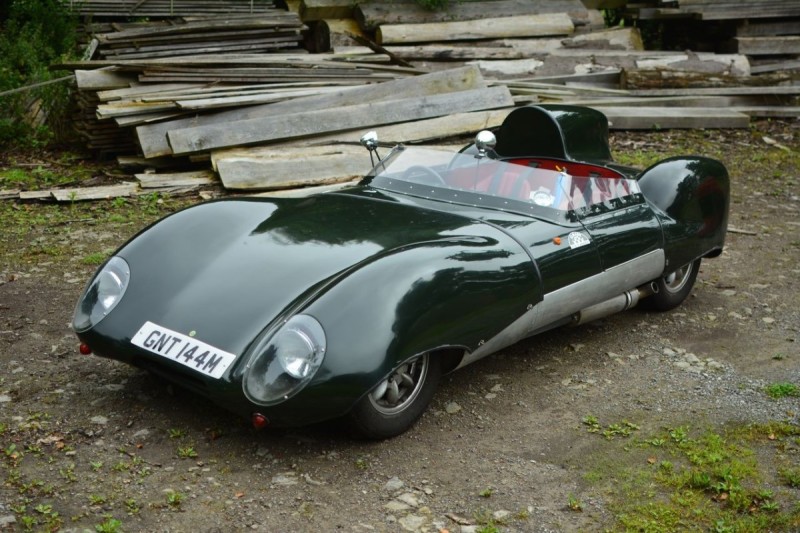 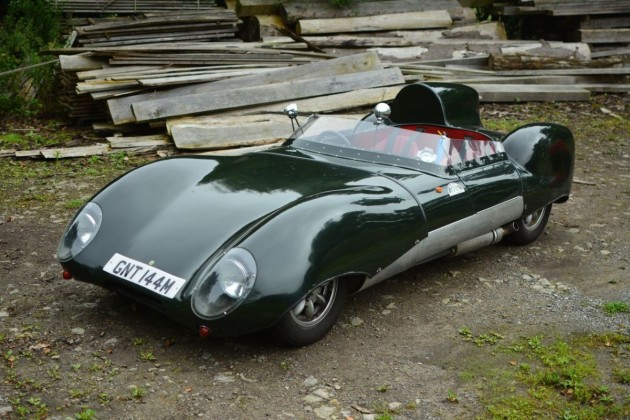 Responding to the popularity of the original 1950s Lotus XI which raced at Le Mans, Westfield launched a replica in 1982 with GRP bodywork based on an MG Midget / Austin-Healey Sprite donor vehicle.

Available either factory-finished or in kit form, the factory-finished cars were usually fitted with a tuned 1,275cc BMC A-Series engine although self-builders could opt for Ford Kent power or a Lotus Twin-Cam or Coventry Climax unit. The rear axle, gearbox, drive-shafts, front uprights, brake assembly, radiator, steering rack, wiring, and gauges all came from the Midget/Sprite donor.

Still in production today, the Westfield XI offers a real 1950s sports car feel in performance, handling and looks. “You could drive the XI all day and never stop enjoying it”, said Evo magazine in a recent Trackday Car of the Year test.

On offer from a deceased estate, this particular example was built between 2005 and 2009 using a 1974 MG Midget with BMC A-series 1,275cc engine as the donor vehicle, which in its current state of tune produces 90bhp according to documentation in the history file. Passing its SVA test in April 2009, a plaque on the bulkhead indicates this XI is a special commemorative edition, being No. 43 of 50 produced.

The transmission is a Ford Type-9 five-speed coupled to the Midget live rear axle with 4-link Panhard rod location. Suspension is via coilovers all-round with double wishbones on the front, with braking by discs to the front and drums at the rear. Deep red bucket seats with 4-point harnesses, matching carpet set and tonneau cover contrast well with the dark green bodywork and Minilite-style alloy wheels. A battery isolator is also fitted.

Weighing just 470kg, the car has a tremendous power-to-weight ratio, the owner taking it to the Le Mans Classic in 2010 and completing two laps of the full circuit with a splendid picture in the file. Having covered only 1,700 miles from build, the car remains in excellent condition throughout.

The vehicle’s history file includes a V5C, MOT until October 2017, a copy of the VOSA SVA approval certificate and several old MOT’s from the donor MG Midget (which had covered 88,127 miles at the time of its last MOT in 2002). The original build manuals from Westfield are also included along with wiring diagrams, build photographs, technical specifications, two Moss parts manuals for the MG Midget and the original Westfield XI sales brochure.