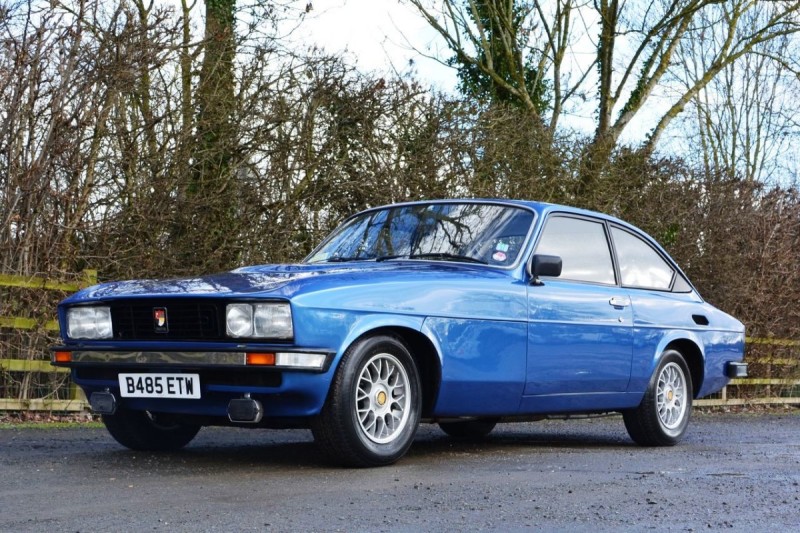 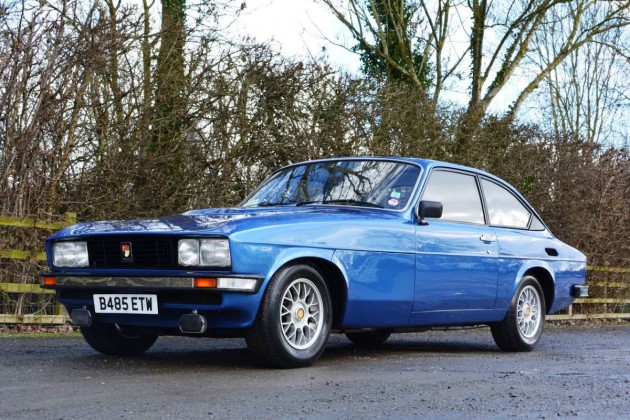 “The Brigand’s cabin is high compared to most cars on the road so one is imbued with a feeling of quiet dominance and superiority as one views the world across the seemingly endless bonnet, an impression only heightened when one really puts one’s foot down. It will roar from standstill to 60mph in 10 seconds dead and the ease with which it built up to an indicated 145mph suggested to us that the quoted top speed of 152mph might be on the conservative side. Loping along at 100mph, the Brigand’s V8 is ticking over at 3,600rpm and the atmosphere within is akin to a West End club, being at least the equal of anything produced by Rolls-Royce” – MotorSport, January 1984.

Launched in 1982, the Brigand was the third series of Bristol’s 603 model, being a turbocharged version of the otherwise almost identical Britannia, only alloy wheels and a bonnet bulge differentiating the one that housed the blower. Both cars were named after ground attack aircraft manufactured by Bristol Cars’ former parent, the Bristol Aeroplane Company. The performance Brigand model used a factory-tuned version of the 360ci (5.9-litre) Chrysler V8 engine equipped with specially developed camshafts, a four-barrel downdraught carburettor, electronic ignition and a Rotomeister turbocharger. Transmission was by means of a Chrysler Torqueflite gearbox with torque converter.

The fact that MotorSport could only review the Brigand two years after it was launched tells its own story as they almost certainly had to borrow the car from a well-heeled reader. Bristol's long term owner, Tony Crook, looked at the world from an entirely different angle to most car company proprietors, openly making the purchase of his products as difficult as possible to sort the wheat from the chaff. His policy of "no riff-raff" was certainly different, as was his refusal to lend any cars to journalists, whom he clearly held in some contempt!

Like all Bristol models, the Brigand was built around a massively strong chassis of closed box welded steel construction with three cross members and stiff floorpans welded into the structure, with handmade light aluminium alloy body panels. Although it was no catwalk beauty, it had huge street presence which left other road users in no doubt that here was a machine to be reckoned with.

Front suspension was by means of unequal length wishbones in conjunction with coil springs while torsion bars and a Watts linkage were employed at the rear. Adjustable telescopic dampers and Girling disc brakes all round completed what was a most effective package. As with all Bristols, other individualistic touches abounded, like the rope handle on the glovebox lid and hinged front wings with compartments containing the spare wheel (nearside) and the battery, twin brake servos and fuse panel (offside).

Like Rolls-Royce and Aston Martin, Bristol declined to publish output figures but 300bhp and 400lb/ft would not be too far wide of the mark. They also famously declined to publish production figures – when asked during a press launch how many cars he actually produced, Crook haughtily replied: “I will never make more than 150 in one year”; an evasive riposte to say the least, as "fewer than a handful" was probably closer to the truth! Costing £50,000 new (a huge sum in the early-1980s) ownership was strictly limited to a fortunate few and only two other Brigands and seven Britannias are still UK registered today, according to DVLA figures, so you could wait a long time before you see another one for sale.

First registered in December 1984, this fine Brigand was acquired by its current fastidious owner and early Bristol enthusiast in 2011. Since then it has gone through a series of constant improvements and upgrades by Bristol Cars and marque specialist ACCS in London to make it “near perfect while respecting its originality”.

The engine has been overhauled by a marque specialist including the following new parts; head gasket; four-barrel Carter carburettor; water pump; thermostat; performance hoses and dual exhaust lines. As is the case with other Brigands, the turbo had been removed at some point in time and the owner was advised by Bristol Cars themselves not to retrofit it for improved reliability.

The axle/transmission has also been fully serviced by Bristol Cars with new parts in 2015. All electrical components (including window motors) and wiring loom have been tested/improved for absolute reliability during continental journeys to and from the vendor’s second home in France – hence the comforts of the cruise control, air-conditioning and sound-proofed interior. With a full service performed by Bristol Cars less than 2,000 miles ago, it also had another oil and filter change and general check-over at Spencer Lane Jones in February this year.

Due to have a fresh MOT in time for the sale, this ultra-exclusive and fastidiously maintained luxury GT will doubtless provide years of faithful service for its next discerning owner. But remember - "no riff raff"!