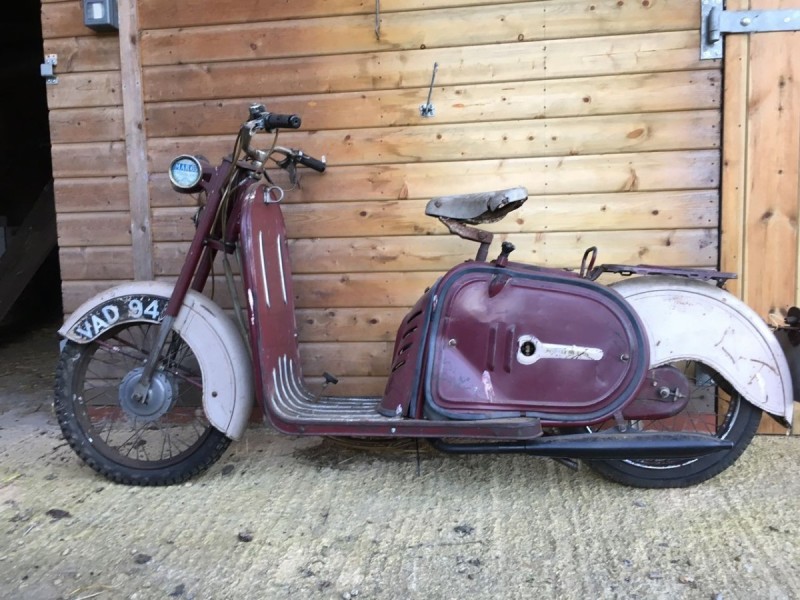 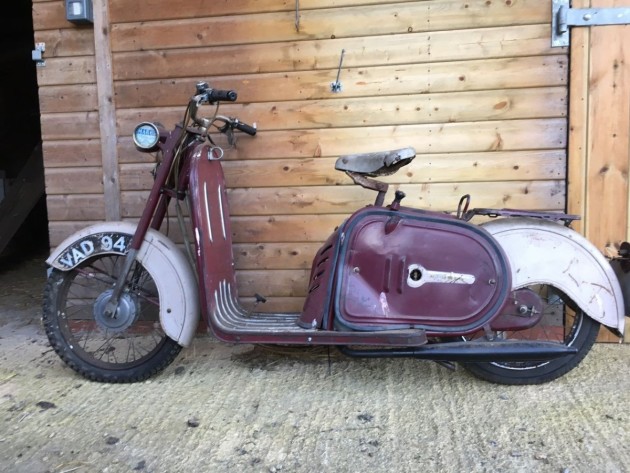 In the mid-1950s they latched onto a new craze that was sweeping Europe and branched out into scooter production for the retail market, a misconceived venture that ultimately led to the collapse of the firm just a few years later. The Hermes scooter made its debut at the 1955 Earls Court International Motorcycle Exhibition and was a licensed version of the German-built Meister Solo-Roller.

While the Meister used the proven Sachs 50cc power unit, Mercury opted to fit a cheaper JLO unit which had a pull-start much like a lawn mower, the toggle being mounted just under the left side of the saddle. Unfortunately this proved totally inadequate to the task and led to virtually all the scooters being returned under warranty when the pull-start inevitably snapped, which it did with monotonous regularity. Although it could still be bump started, the lack of a less strenuous method of beginning their journey to work was enough to deter most customers, as was the fact that the Hermes was an ugly duckling compared to far more stylish rivals from Vespa and Lambretta.

Despite suing JLO to the tune of £20,000 and launching a couple of other equally ill-fated scooters, the 98cc Dolphin and the Pippin, sales were so slow and repair costs so high that Mercury went into receivership in 1958 after just 1,200 Hermes scooters had been sold. Today only a tiny handful still survive (fewer than a dozen according to some sources) and you could wait a long time before you see another one for sale.

First registered in Gloucestershire in April 1958, this particular Hermes has been in the current ownership for many years but has been in storage for most of that time. An old tax disc and MOT imply that it was last in use in 1964/65 although there is one other MOT and tax disc from 2012/13 when it was briefly got going again.

Appearing to be very sound, original and complete, it even retains the infamous pull-start under the saddle and comes with the original buff log book and a modern V5C. Being offered here as a straightforward project at no reserve, it is sure to cause plenty of interest once back on the show circuit where it belongs.