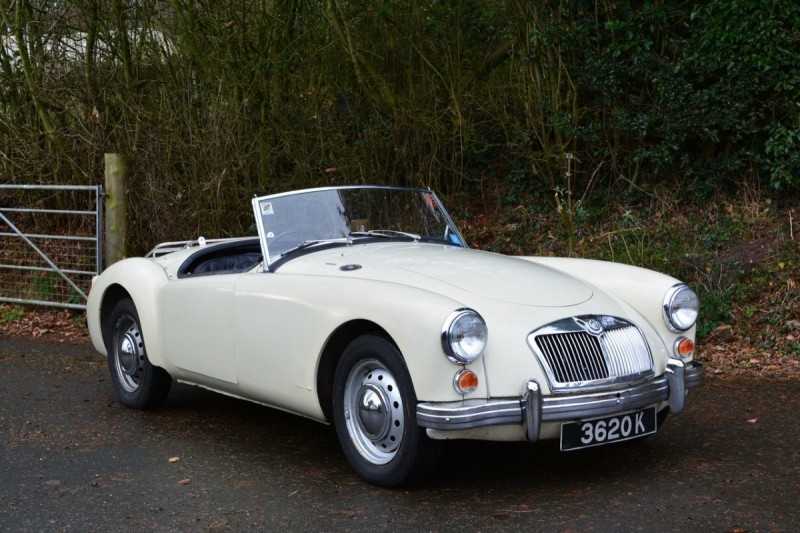 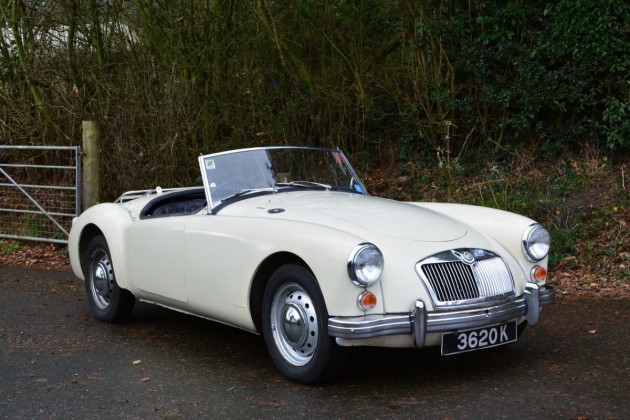 The first truly modern MG, the MGA of 1955 was leagues ahead of anything the company had yet produced as all their other post-war cars had been nothing more than restyled pre-war designs.

Blessed with one of the most shapely silhouettes to grace any car, the Roadster also had an notably rigid structure, devoid of the scuttle-shake that plagues so many other soft-tops. This is thanks to a triangulated bulkhead design that is not found on any other production sportscar. Throw in its beautifully direct, vice-free rack and pinion steering, and it's no wonder that the MGA has acquired such a devoted fan club over the years.

Initially fitted with a 72bhp 1500cc engine, the MGA was upgraded to 1600cc spec in 1959 bringing an extra 7bhp and increasing top speed to 101mph. The brakes were also improved and new exterior lights fitted at the front which incorporated amber turn flashers. The detachable side screens also gained sliding Perspex windows. The MGA remained in production until 1962 when it was replaced by the softer and somewhat less sporting MGB, by which time 101,000 had been sold, the vast majority to the US market.

This rare UK market 1600 Roadster was first registered in Liverpool in July 1960 and has been in the current ownership for 20 years, the vendor acquiring it from Sporting Cars of Brighton in March 1997 for £7,950. Shortly after buying the car the vendor treated it to an engine and gearbox rebuild at which point it was also converted to run on unleaded fuel (invoices on file). It was also fitted with a sporty tubular exhaust manifold made by ‘Mike the Pipe’ of Surrey, this being complemented by a full stainless steel exhaust system which gives a nice fruity sound. Electronic ignition was also fitted in 2015, although the original distributor is also included.

Used regularly in the summer months during the current long-term ownership, it has clocked up some 22,000 miles on the rebuilt engine including a couple of trips to Le Mans, the last in 2015, during which we are told that it “ran like a bird”. A large file of invoices back to 1985 show regular upkeep, the car being fitted with new rear springs in 2009 and a new radiator, water pump and Kenlowe fan earlier this year.

Although the hood frame is in good condition as is the tonneau cover, the vendor advises that the hood itself is fairly poor and would ideally be replaced. Unusually, the original vinyl spare wheel cover is also present (albeit in somewhat tatty condition) as is the wheel-changing kit.

A driver’s car rather than a show queen, the bodywork is a bit patchy here and there and has clearly had attention at some point in the distant past, as evidenced by some undated photos on file. Supplied with the aforementioned history file, 11 old MOTs back to 2000 at 75,594 miles (the clock now showing some 91,300 miles), and a green log book from 1965 when the car was in Cambridgeshire, it also comes with an original driver’s handbook, special tuning book and lubrication chart.

Due to have a fresh MOT in time for the sale, this 'matching numbers' and attractively estimated MGA is ready for immediate use and can be improved over time as desired.