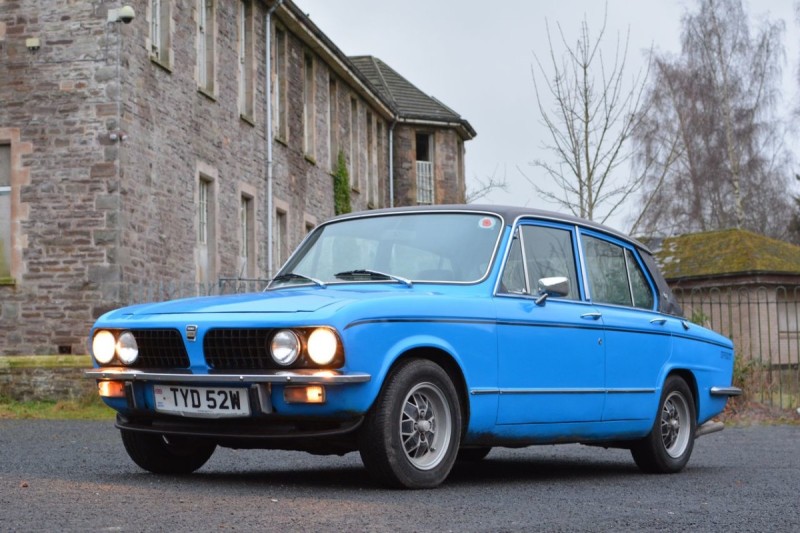 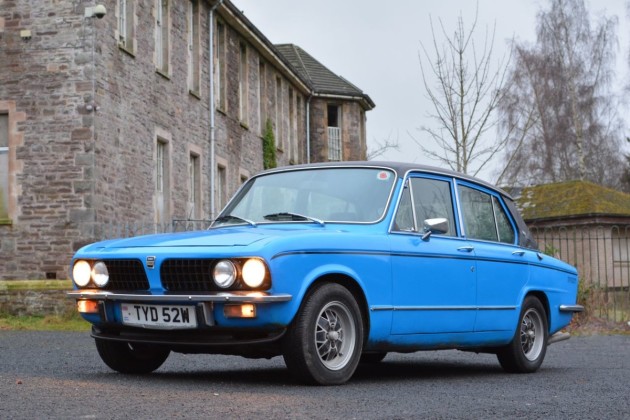 Widely reckoned to be the best car ever to come out of British Leyland, the Triumph Dolomite Sprint was launched in 1973.

A true sports saloon, the Sprint offered a degree of performance that is impressive even by today's standards. At the heart of the car was a modified 16-valve version of the Dolomite 1850 engine which developed a stonking 127bhp and could launch it to 60mph in just 8.4 seconds on its way to a top speed of 118mph.

The Sprint used the four headlamp Dolomite shell reserved for the upper models in the range and also retained their classy interior trim with a walnut dash and door-cappings – making an odd contrast with the sporty alloy wheels which hinted at the power available. Sales of the Sprint were strong and the model remained in production until 1980 by which time 22,941 examples had been sold, although it is salutary to note that only 620 are still UK registered today.

Dating from the last year of production, this Pageant Blue Sprint was acquired by the vendor from a Brightwells auction seven years ago, the previous owner having kept it for 10 years. Since buying the car the vendor has used it regularly, clocking up some 7,000 miles and gradually improving it along the way with various new parts including a new radiator, fuel pump, electronic ignition, service items etc. A high torque starter motor and full stainless steel sports exhaust system were already on the car when acquired.

In June 2015 he decided to take things a stage further and had the bodywork professionally restored along with a full brake system overhaul, new engine and gearbox mountings plus numerous other items detailed in photos and invoices on file at a cost of almost £5,500. Said to start, run and drive well with an MOT until October 2017, it certainly went nicely when we were treated to a short test drive on the occasion of our visit.

Supplied with a spare set of wooden door cappings, two spare wheels (one alloy, one steel), a good history file and some nice period sales brochures, it is only being sold due to the recent purchase of a much older Bentley and is on offer here at no reserve so the best bid takes it home.

Please note that in 1992 this car was subject to a Category D insurance claim (damaged, repairable).