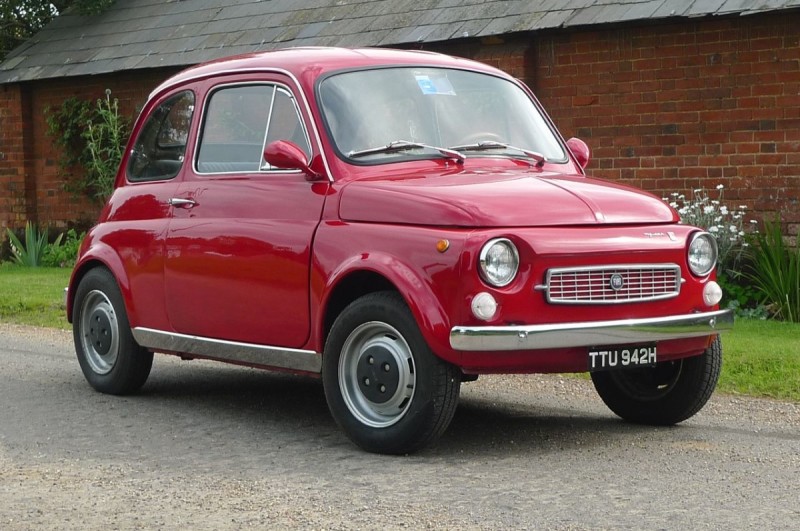 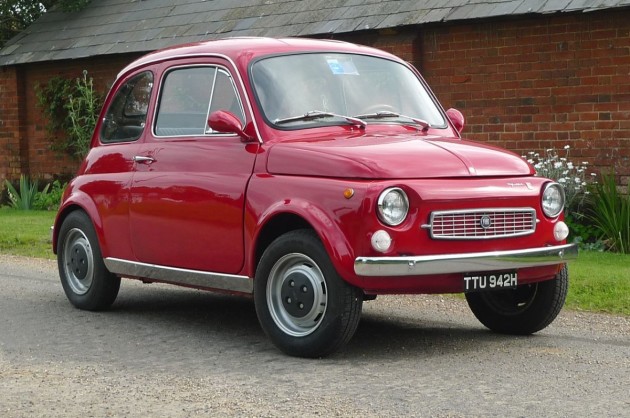 When it was introduced in 1957 the new Fiat Cinquecento was an instant success - who wouldn’t be won over by its combination of cute compound curves, surprisingly spacious interior, and that 500cc twin-cylinder ‘little engine that could’?

In production until 1975, Fiat turned out nearly 4,000,000 examples before re-jigging the format with the 126, a car that shared much of the underpinnings of the 500 but rather less of its charm.

The 500 was produced in various forms including the open-top Jolly, the Furgoncino van and the world’s smallest estate car, the Giardinera. Fiat were not opposed to other companies getting involved: Abarth produced various scorchers, Steyr Puch went one better with the TR650, and Gianini and Francis Lombardi produced their own 'bella figura' versions.

Francis Lombardi’s background was in the aviation industry as both pilot and plane constructor, but he turned to bespoke car construction in 1947. Lombardi produced a variety of mostly Fiat-based cars including six-seater limos, the first ‘Popemobile’, and the sporting two-seater Lombardi Grand Prix.

Of all Lombardi’s output, though, the 500cc ‘MyCar’ was the most successful. At first glance the MyCar looks little different from the ubiquitous Fiat product. However, in the eyes of the cognoscenti and the fashion conscious Italian public, the MyCar stood out.

External indications were subtle: the solid roof (the standard car had a fabric sunroof) with its aerodynamic ribs, a re-profiled front panel and chromed grille and stainless steel sills. Internally the 500 was brought upmarket with a wood-rimmed steering wheel, wooden gear knob, colour coordinated carpets (when most Fiats had only rubber mats), padded dashboard and a custom speedo. In a world where nearly everybody and their uncle had a Fiat 500 these things mattered!

This MyCar is resplendent in its bright red paintwork (well it is Italian after all). The slightly wider wheels and sporty door mirrors add to its appeal and the care and attention that has been lavished on it is obvious, although it is not known when the car was restored.

TTU 942H was first registered in the UK in May 2016 and carries an age-related number plate as is usual. Much work has been carried out recently to the steering and suspension and many new parts fitted. There are copies of the invoices on file. The car has an MOT valid until January 2018.

Since the re-launch of the Fiat 500 (in name if not in character) interest in the early cars has grown enormously and prices have risen accordingly. This MyCar is an extremely rare opportunity to own something that is a little different whilst still buying in to the underlying charm that makes the Fiat 500 so endearing. It is a little car that remains a practical form of transport and one which will attract attention where ever it goes.

UK registered with a long MOT and tax exempt, it has a V5C, photocopies of invoices for work done and original Italian documents on file.