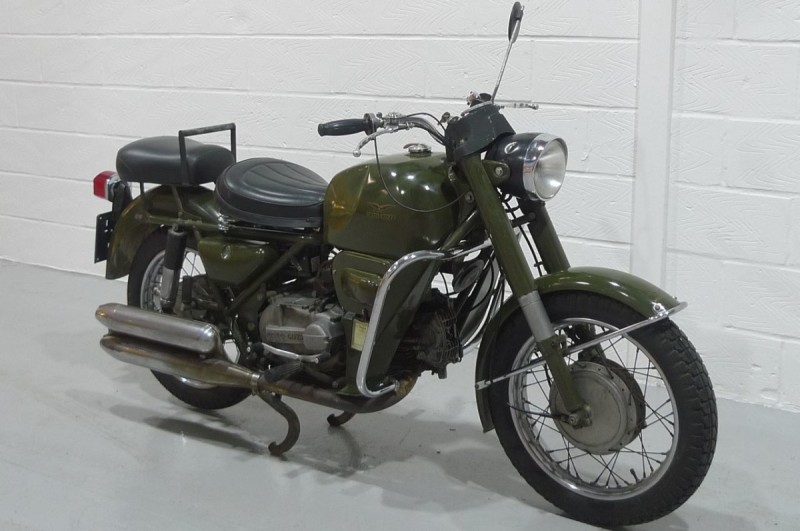 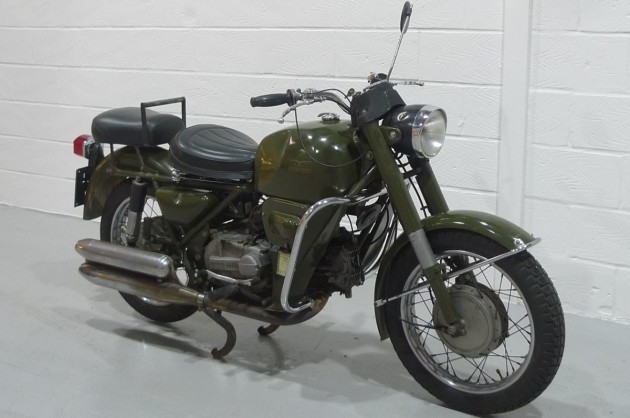 Moto Guzzi are the longest-lived Italian motorcycle manufacturer, dating back to 1921. Created by two ex-Italian Air Force pilots, Carlo Guzzi and Giorgio Parodi who established their factory at Mandell del Lario, near Lake Cuomo. Carlo Guzzi owned no shares in the company that bore his name, but he was the engineering genius behind their success.

His signature design for the firm’s products was a four-stroke horizontal single which was seen in various capacities and forms including IOE, OHV and OHC. The single-cylinder racers were hugely successful for many years and when they did become outdated the factory replied with a technological tour de force – a DOHC, water-cooled V8 – in 1955!

The 1971 Moto Guzzi Nuove Falcone for sale here is the last of the traditional Guzzi big singles or Gambalunga (long-legged). The Falcone Guzzis had been lightweight sporting singles, but this is a re-design done with military and police work in mind. Although the Nuovo Falcone lacks the lightness of touch of the earlier models you cannot deny it has some solid engineering to it.

This Nuove Falcone looks just right in its military-spec olive green paintwork (perhaps a little too shiny?), chunky mudguards, and tandem saddles. It seems in very good and – surprisingly – un-restored order. We are assured it is ready to ride, but you will have to register it first if you want to go on the roads! It comes with NOVA papers and Italian documents, so this should be a formality.

There are those who might be tempted to try a little customizing (and, yes there have been café racers –should that be caffe racers?) on this Guzzi but we think it would be a shame to spoil a pretty rare – if not exactly pretty – unusual but useable motorbike.