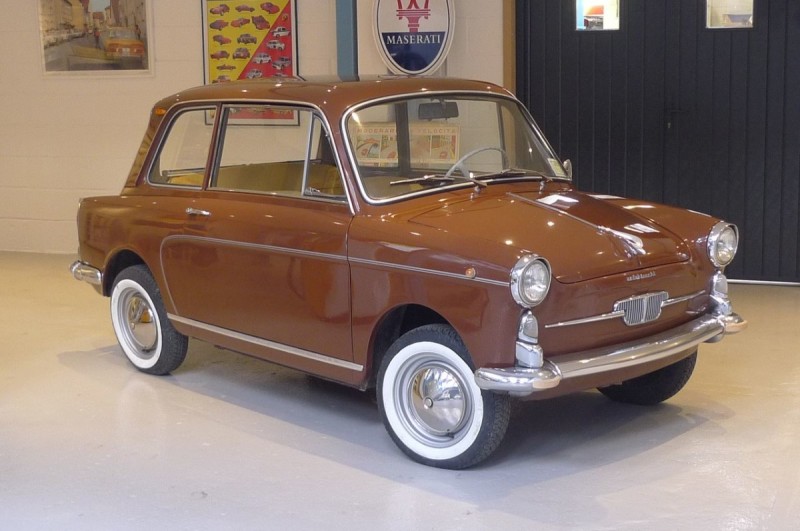 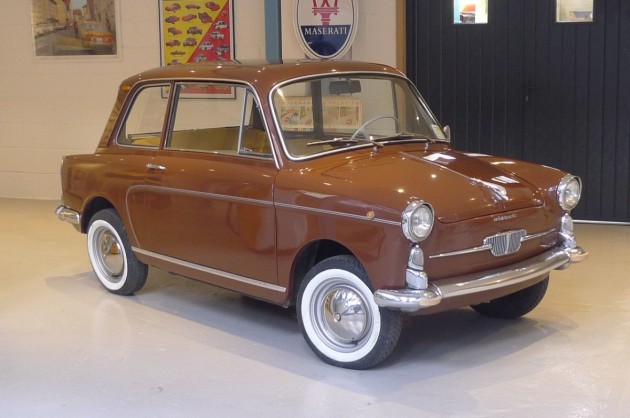 Eduardo Bianchi founded his company in 1855 to manufacture bicycles. As was so often the case, the lure of the motorcar was too great to resist, the company’s first four-wheeled product, the Bianchina, rolling along the streets of Abruzzi in central Italy in 1899.

Manufacturing high-quality slightly sporting cars in relatively low volumes, they survived through to World-War II when their factory was destroyed in a bombing raid. Eduardo was subsequently killed in a car crash in 1946, the business, such as it was, passing to his son Giuseppe. He instigated a move to Desio, a town located in the north of the country, building a new factory which concentrated on motorcycles, commercial vehicles and bicycles.

Giuseppe had always wanted to resume car manufacture, but realised that he couldn’t do it on his own. In 1955, a three-way deal between Bianchi, Pirelli and Fiat was signed to produce an up-market Fiat 500-based luxury mini-car, the first car rolling off the lines in 1957.

Called the Bianchina after the firm’s first car, it was aimed at the increasingly affluent middle classes, who craved something a bit more up-market than a standard Fiat 500. Beautifully styled by Luigi Rapi, the new car was the prettiest thing on four wheels and soon put severe pressure on the competition from Vignale and Moretti who also used Fiat underpinnings in their distinctive coachbuilt models.

Available in a number of configurations, the Quattroposti Berlina (four-seat saloon) was the most popular, the company continuing to supply up-market small cars until it was eventually bought out by Lancia.

The car presented here is the ‘hot’ version of the Berlina, the FB1 series ‘Speciale’. Compared to the standard car, this version had a tuned engine with an extra 3bhp over the standard car (from 18 to 21bhp!), raising the maximum speed to the heady heights of 105km/h. Detailing was enhanced on this model by fitting the more ornate chrome bumpers of the Cabriolet version and a new instrument panel.

This Berlina was restored in Italy some years ago and today is resplendent in Marrone (OK, brown) and with a refurbished yellow interior. It has been imported with a NOVA reference and we understand from the vendor that a current UK V5C is now with the car giving the registration as JGU 530C.

Said to be sound and running well, Bill McGrath Ltd hope to give it a fresh MOT in time for the sale. All mechanical and most electrical parts cross reference to the normal 500 and the Italian Bianchina club can help with just about all body and interior components.

This is one of the rarest variants of the Bianchina (from the original production of 5,000 units, the Italian club estimate only 250 examples remain), which was never imported to the UK and therefore represents a good investment. You won’t see many others at your local shows, that’s for sure.