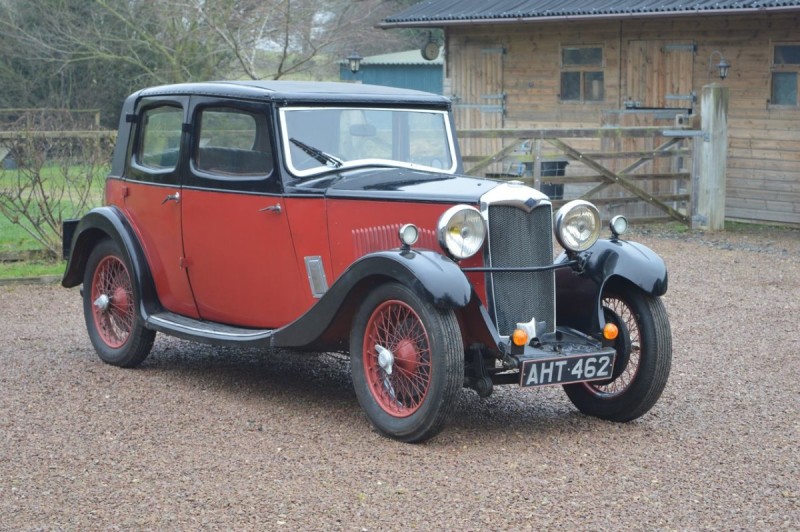 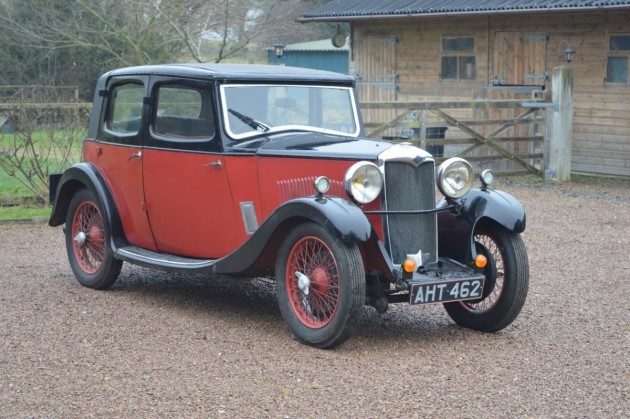 The Riley company motto, ‘As old as the industry - as modern as the hour’ summed up the product range very nicely. Their masterstroke came in 1926 when the Nine was announced.

The chassis, suspension and bodywork were the work of Stanley Riley, while the hugely talented Percy Riley designed the brilliant little 9hp engine. This 1087cc four-cylinder unit thrived on high revs, which it would happily and reliably maintain for long periods of time thanks to its clever design.

Twin camshafts were mounted high in the block, making for short and light pushrods which operated valves set at 45 degrees to the head. This, coupled with a crossflow head design, enabled prodigious power to be extracted from this willing unit which soon became a big favourite with those who like their vintage cars on the sporty side.

This late 1933 Riley 9 Monaco was first registered in early January 1934 and although nothing is known of its very early life, comes with a buff logbook showing its owners from 1941 onwards, a total of just six over the last 76 years, most living north of the border.

When the current owner bought the car in 2010, it had been off the road for almost 19 years, although had been subjected to a major engine rebuild in 1981 and covered very few miles subsequently.

It arrived with its interior removed, but with replacement material supplied which was duly fitted by the vendor. Other than that, AHT 462 is much as it left the Riley factory, although it has been fitted with indicators and larger rear lights to make it safer in modern driving conditions.

The vendor then spent a lot of time and effort recommissioning the car, which once back on the road has proved extremely reliable and enjoyable to drive and is only for sale due to advancing years and retarding health.

This attractive metal-bodied Monaco is a car that will appeal to many people, from the young and impecunious VSCC member to someone who fancies a pre-war car with a bit of verve that won’t break the bank, its highly fashionable 'lived-in' look simply adding to its overall appeal.