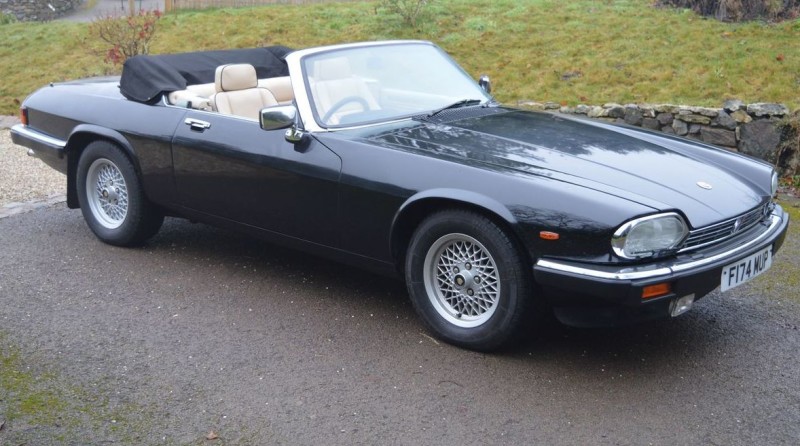 Deep down, even Jaguar probably realised that the new XJ-S, launched amid much fanfare in 1975, would struggle to enter the world-stage to the same rapturous welcome that had greeted the iconic E-Type when it was unveiled in Geneva 14 years before.

Supreme machine that it was, the XJ-S just couldn’t stir emotions in the same way. Nearly 40 years on however, it still looks sharply styled and stands out from all other cars thanks to its distinctive ‘flying buttress’ rear roof-line treatment, part of the sophisticated design executed by Jaguar's legendary aerodynamicist, Malcolm Sayer.

In performance terms it was more than a match for the E-Type and in early manual form, the XJS could sprint to 60mph in 6.7 seconds and top 153mph. In 1981 it received the new HE (High Efficiency) engine with Michael May-designed Fireball heads. Fuel economy increased by 20 per cent and the top speed increased to 155mph, making it the fastest automatic car in the world.

The long-awaited full convertible was finally introduced at the 1988 Geneva Motor Show, featuring a reinforced floorpan, frameless doors and sophisticated electric hood complete with heated glass rear window. Underpinned by the same all-round independent coil-sprung suspension and power assisted rack-and-pinion steering as its fixed-head siblings, the soft-top came with anti-lock brakes as standard. Despite the hefty price tag of £40,000 a waiting list was quick to form.

This 1989 V12 Convertible, sporting smart black paintwork and a contrasting cream leather interior, was purchased by the vendor via Brightwells in 2014 from a deceased estate. Its previous owner had kept the car for over 10 years, adding just 6,000 miles during this time. It had been Carcoon stored and the power hood refurbished not long before it changed hands and was clearly much loved during this period, a fact substantiated by the nice letter on file from the previous owner’s widow.

The vendor decided that the car was sitting a bit low, so took it to local specialist Peter Thetford Ltd who fitted new front springs and refurbished the front suspension. New rear springs and dampers were also fitted along with two new rear exhaust boxes. The car was then thoroughly checked for camber and alignment, the bill amounting to some £1,550.

The vendor confirms that it now looks and rides as it should, its most recent MOT, which expires in August 2017, indicating that some 108,000 miles have been covered since new.

These turbine-smooth V12s just eat the miles, making them the perfect long distance tourer for those inter-continental trips, hood down, shades on. Monte Carlo here we come...