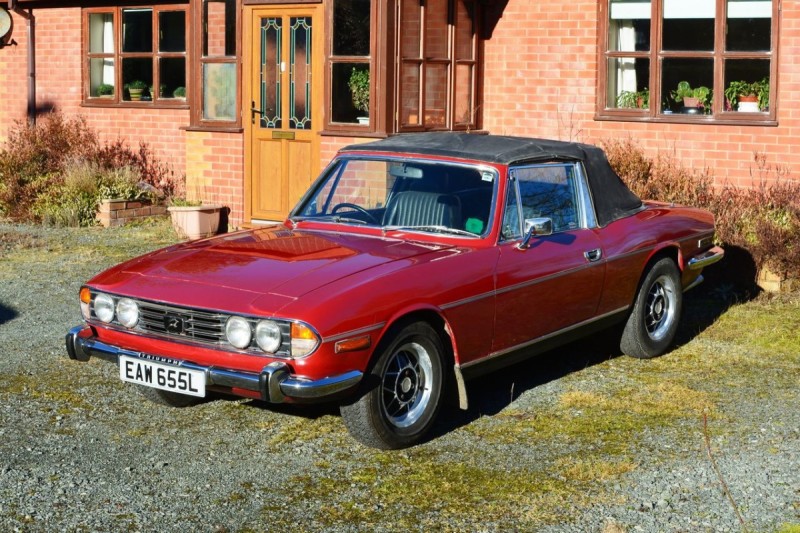 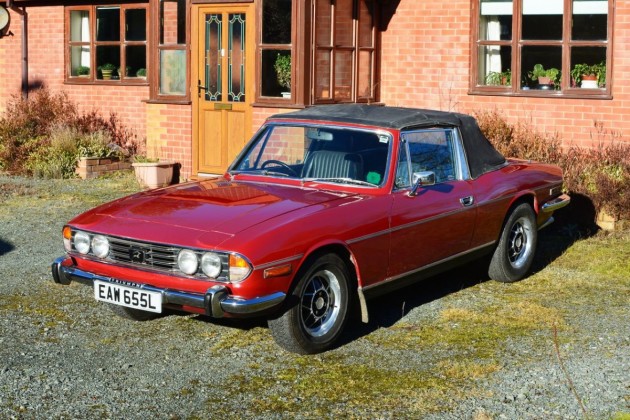 Sold between 1970 and 1978, the Michelotti-styled Triumph Stag was designed to be a gentleman's sports tourer to compete head-on with rivals like the Mercedes SL.

A full four-seater, it was powered by an all-new Triumph-designed 2,997cc V8 engine that produced 145bhp, sufficient to propel the car to a heady 115mph with a wonderfully woofly exhaust note. With independent suspension all round, front disc brakes, power steering and a Borg-Warner 3-speed automatic gearbox, it had sophisticated road manners and has always ranked as one of Britain’s most popular classic cars.

First registered in April 1973, this Stag has been in the current ownership since 1990 but has only been used very lightly throughout that time, mainly being kept in storage. Indeed some 11 old MOTs back to 1986 show that the indicated mileage has only risen from 50,561 to 56,941 in the last 30 years.

An old log book from 1980 shows that the car was in Guernsey at that time, while several old V5 documents chart other owners and various invoices show regular upkeep during the 1980s and ‘90s. Always kept in running order with an MOT valid until May 2017, the car appears to be in reasonable condition throughout although the paintwork is not to the highest standard.

Said to retain its original engine, it comes with the aforementioned history file, an original owner’s handbook and a Haynes workshop manual. Being offered here at a very modest guide price, it can be used as is and gradually improved over time as desired.