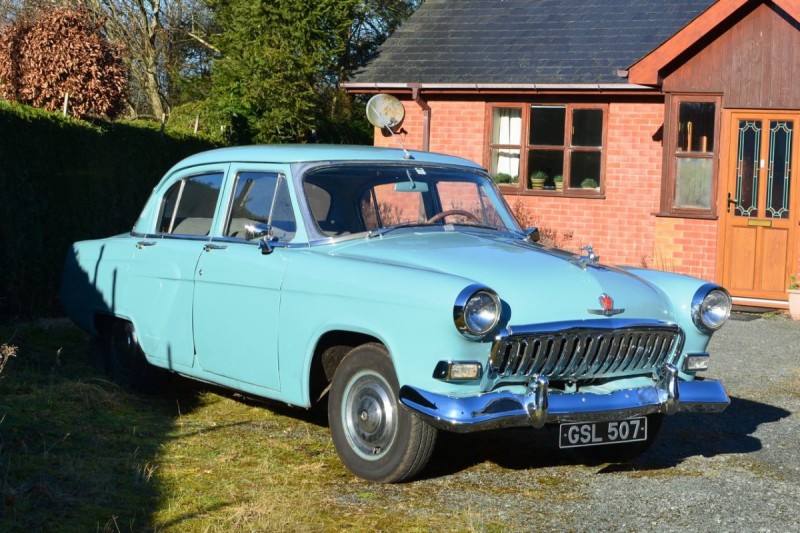 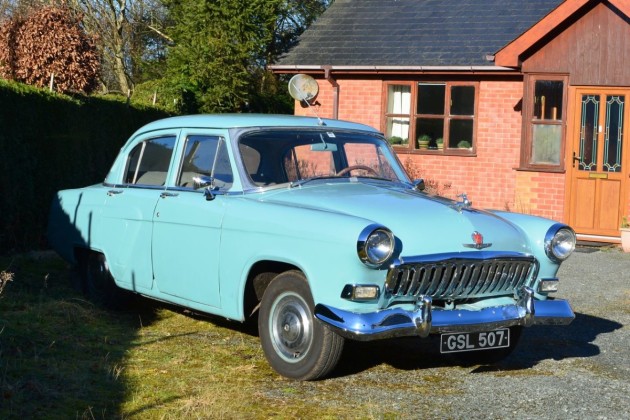 The Soviet motor industry owes its origins to a remarkable collaboration between Henry Ford, Herbert Austin and Joseph Stalin. In 1928 Henry Ford invited Stalin to send a group of engineers to Detroit to study American manufacturing techniques and gain the knowledge to create their own car industry. In return the Russians agreed to buy 72,000 Ford Model A cars in kit form between 1929 and 1933.

On their return to the Soviet Union, the Russians hired the Austin Motor Company to design and build not only a brand new factory capable of producing 140,000 vehicles a year, but also a model socialist city for 35,000 workers and their families. Austin sent a team of engineers (several with their families) to Nizhny Novgorod and work began in May 1930. By November 1931 the whole project was completed – an amazing feat for which the Russians paid Austin $1.55 million in gold, a payment that carried Austin through the lean years of the Depression.

The first GAZ cars rolled off the production line in January 1932, basically copies of the Ford Model A but reinforced in certain key areas to cope with Russia's atrocious roads. By the outbreak of WW2 the factory was churning out 17 different models accounting for almost 70% of all the vehicles manufactured in the USSR.

When the Iron Curtain descended in the 1950s the Russians continued to exploit Western know-how, but this time without feeling the need to pay for it. New for 1955 was the GAZ Volga M-21, an amazingly glamorous design that was suspiciously similar to the contemporary Ford Custom. With two-tone paintwork, large windows and lashings of chrome, it was designed to show the good Soviet citizens that Mother Russia was capable of producing cars that were every bit as good as anything the capitalist Yankees could come up with – though only Party bigwigs could afford to buy them.

It may have had a pretty face but underneath the Volga was built like a tank. Outside the cities, the roads in Russia were still appalling and there were virtually no service stations so cars had to be simple enough to maintain at home and strong enough to crash across the steppes in winter without falling to bits. The bodies were galvanised as standard and power came from a crude but effective 2.5-litre OHV four-cylinder all-alloy engine that is still in production to this day. Initially producing 65bhp, power had risen to 75bhp for the Series 2 cars that came out in 1959.

As the original buff log book confirms, this particular M-21 was supplied new in August 1962 by Volga concessionaires Thomson & Taylor of Brooklands, a firm originally founded by land speed record holder JG Parry-Thomas in the 1920s to make racing cars. Being a Series 2 car it retains the bumper over-riders, 16-slat chrome grille and famous ‘leaping deer’ mascot that were all lost on the Series 3 ‘Baleen’ cars of 1963.

The vendor acquired the car in 1996 to join his collection of Soviet-made cars. Shortly after acquisition he restored the bodywork, rechromed the bumpers, fitted a new exhaust and repainted the car from black to light blue, as documented in photos on file. Since then the car has seen show use only and has been kept in running order with an MOT until May 2017 with no advisories recorded. Capable of carrying six people across any terrain you care to throw at it, it has a three-speed column-change manual and retains its original interior including radio, clock and reclining front seats with retractable chromed legs that turn the cabin into a large double bed!

Supplied with an original parts catalogue and two repair/operating manuals (in English) that should help to keep it running for decades yet to come, it also has a large quantity of spares, including an engine and gearbox, which will be made available to the winning bidder by separate negotiation if desired.

On offer here from a deceased estate, this Cold War rarity is sure to get a warm welcome at any classic event and would be perfect for Goodwood. Now where did I put that bear skin hat?