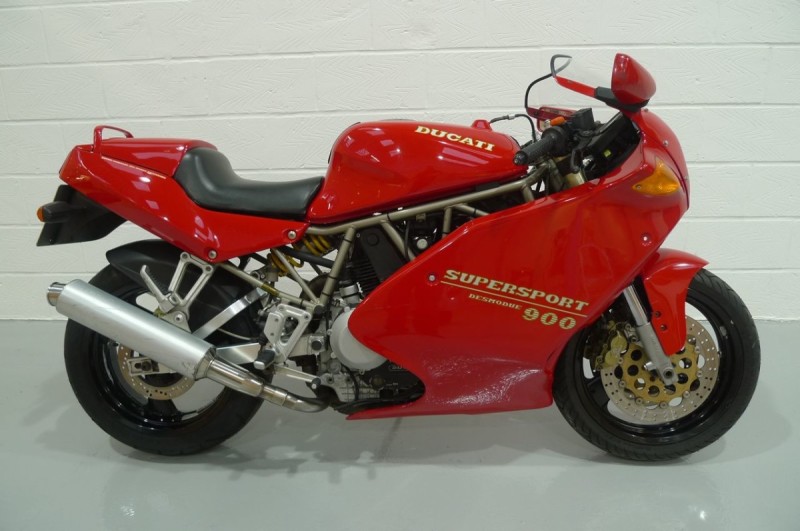 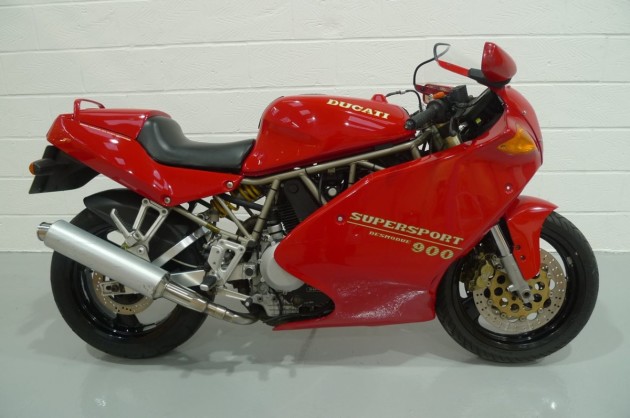 It’s a Ducati, it’s a V-twin, it’s bright red – what more do you need to know? Ducati have made so many desirable bikes but this 1993 900SS is just so appealing: it has the style, the performance, the handling and the colour.

The 904cc Desmodromic motor turns out nearly 80bhp, not much compared with modern sports bikes but the 9000SS has torque aplenty and will catapult you out of corners while the others are still winding it up. Considered by some to be one of the best road bikes Ducati ever made, it is deceptively quick and there can be few faster ways to get from A to B on cross-country roads.

First registered in May 1993, K527 PLT is in remarkable condition and appears to have seen little use. It is believed it was ridden only for the first three years of its life and then kept as part of a private collection. The vendor himself bought it as a display item almost four years ago.

It is not a concours winner but an easy life in private collections has saved it from the ravages of the British climate and the hands of inconsiderate owners. A little care and attention will soon bring it back to showroom condition. There are only 17,571 kms showing on the clock and there is every reason to believe that this is genuine. The service book records four stamps up to 9,760kms in August 1994.

This bike has been off the road for some time, but it has been well cared for. It has no current MOT and will require a good service, a fresh set of tyres and a tank flush before the fortunate new owner takes it out on the road or track once more.