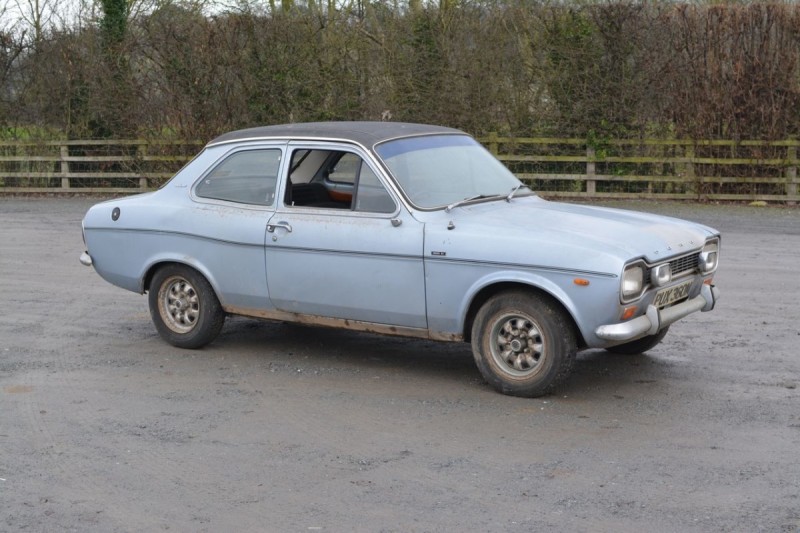 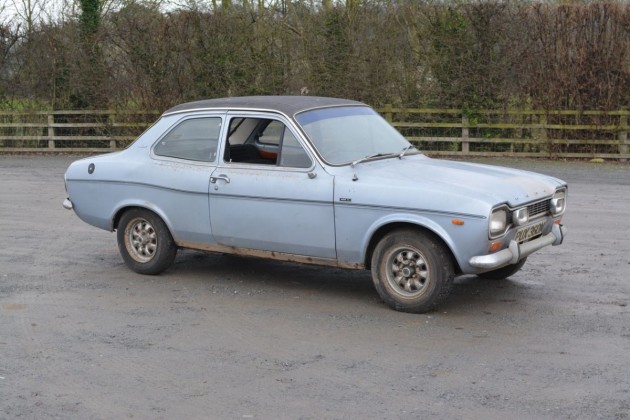 Launched in 1968 to replace the Anglia, the Escort soon became Britain’s best selling car, with over 2 million sold by 1974.

It was initially available only as a two-door saloon with either a 1.1 or 1.3-litre Kent Crossflow engine. Most were very basic inside but a top of the range model was introduced in 1973, the 1300E, which had ‘Executive’ trimmings such as additional dash instruments, wooden dash and door cappings, a three-spoke steering wheel, additional sound proofing, side stripes, full-width bumpers and slightly flared arches.

Under the bonnet the Sports version of the Kent 1300 used a Weber carb to develop 72bhp. The car wasn’t heavy and was able to achieve a highly respectable 93mph and managed the 0 – 60mph dash in just over 13 seconds. And all this for £1,182! Blessed with excellent handling characteristics, the MkI Escort went on to become one of the most successful rally cars of all time.

Supplied new by Struthers of Mickleton in April 1974, this 1300E has effectively had just two lady owners from new, being acquired by the vendor only recently after being in storage for over 20 years. Stardust Silver with a black vinyl roof and a black cloth interior, it has all the Executive trimmings and appears to be in largely original and unmolested condition throughout. Although it has not been run for many years it still rolls freely and the tyres still hold air. The service book shows six stamps up to 36,404 miles in 1977, the odometer currently showing 81,674 miles.

A desirable two-door model, it is being offered here as a straightforward restoration project and would make a cool 70’s road car or perhaps an ideal candidate to turn into a historic rally weapon like the other Escort MkI elsewhere in this catalogue. Supplied with a V5C, service book and owner’s manual, it also has two stainless steel sill covers which have yet to be fitted.