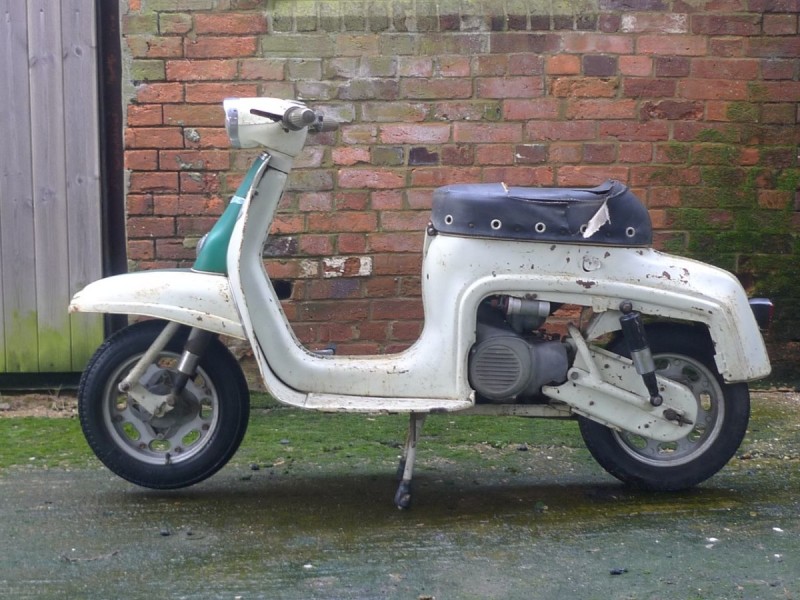 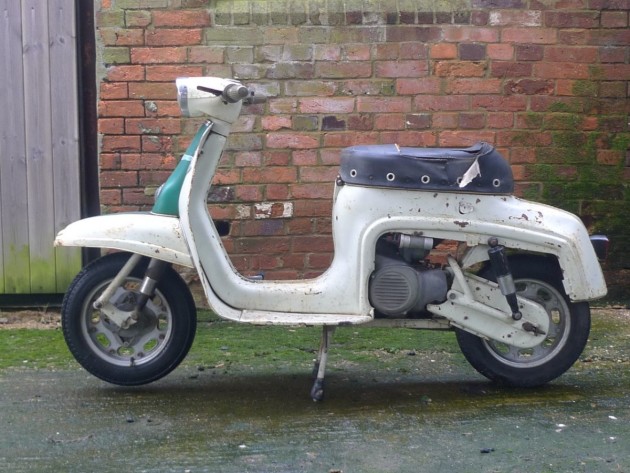 The Pokerino was produced by Bonvicini Marini SPA in Bologna, Italy in the early 1960s.

BM, as they were known, had a reputation for successful small-bore racers, but, like many Italian companies, thought they would get on the scooter boom bandwagon. The Pokerino was the result.

Billed as ‘Lo scooter per tutti’ (The scooter for all), the Pokerino had a 49cc Minarelli two-stroke engine with three-speed gearbox producing an industry-standard 1.5bhp and 25mph top speed. The styling was unexceptional: ‘tutti’ were not impressed and production fizzled out, although BM stayed in business until 1988.

This little flier has its original paintwork of white with metallic green and the 'straight flush' Pokerino badge on the legshields, which is a nice touch. The side-panels are missing, but the rest of the scooter seems complete and in sound condition. If you want a scooter project that’s a little different, this is well worth a look and appears pretty straightforward – especially if you like a gamble.

There is no documentation with this scooter but registration should not prove too difficult with the help of the Old Italian Bike Register.