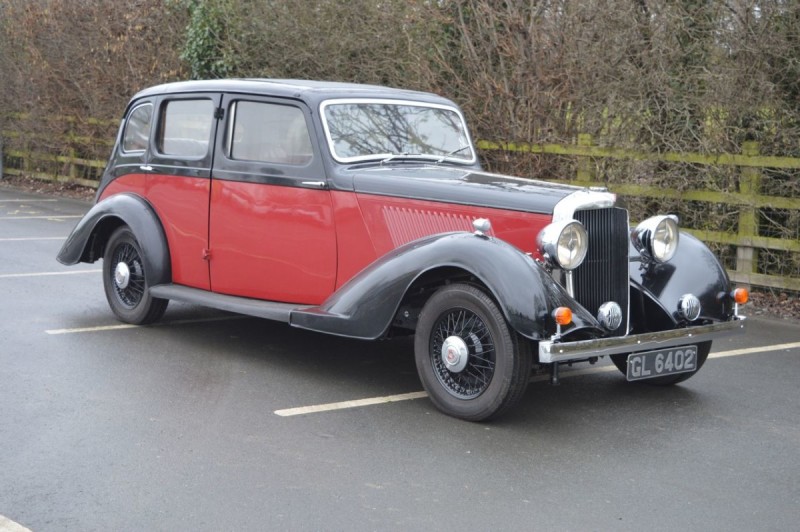 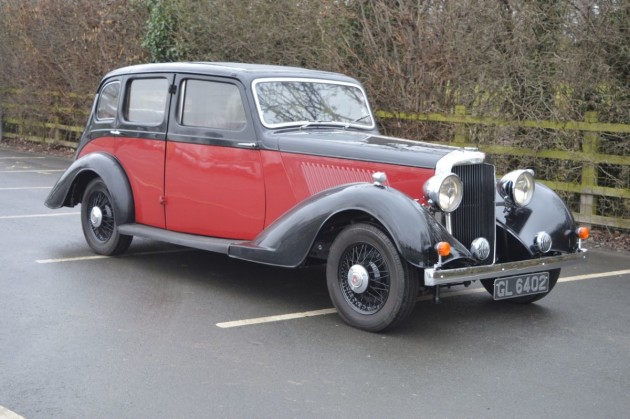 Introduced in September 1936, the Silver Crest was Alvis’ move into the upper end of the mid-size market.

Well known for their expensive and sporting Speed 20, Speed 25 and 4.3 models, and holding an almost unique position within the 12hp market with their 12/60 and Firefly models, Alvis had never managed to crack the middle ground, something they hoped to put right with the new Silver Crest.

Design for the new car was largely in the hands of George Lanchester and Alvis chief engineer, George Smith-Clarke, and was a testament to their experience and knowledge. The car was well-received, with good press reports and soon equalled sales of the established 4.3 and Speed 25 models.

The Silver Crest used a new chassis which was heavily braced to give a rigid structure and allow the independent front suspension to do its job; there were hydraulic dampers front and back. The engine had six-cylinders with an option of 2.4 or 2.8 litres, triple carburettors and Alvis’ highly-acclaimed all-synchro gearbox. Power output of the 2.8-litre engine was 95bhp at 4,000rpm – good enough for over 80mph.

It is believed that Alvis made just 344 Silver Crests before the war intervened, although fewer than 20 are understood to have survived. Costing £595 new when the average wage was less than a fiver a week, it was hardly 'middle-market'  and could really only be afforded by the previleged few.

The early history of this Silver Crest 2.8 is not clear, although a copy of the factory build record shows that it was first registered in Bath in 1938 – one of just 35 Silver Crests made that year. The coachwork, with sliding sun-roof, is by Holbrook, one of a number of specialists who bodied Alvis cars. It moved to Evesham at some point before turning up in Ross-on-Wye as a part-restored project.

The vendor bought the car in a disassembled state and has made a thorough job of re-commissioning it and piecing it back together. The bodywork was stripped back to bare metal and repainted in maroon over black, the headlining and carpets were replaced although the leather upholstery is original and looks superb. Much of the brightwork was rechromed and the wheels were powder-coated. A new floor was fitted, the exhaust system replaced and new lignum vitae joints fitted to the steering.

Considerable work had already been carried out on the engine: re-sleeved, new pistons, new valves, new bearings, new clutch and associated work. Although done some years ago, it has only been put back together recently and the engine will still require running-in by its fortunate new owner.

This fine post-Vintage Alvis sports saloon has great presence and more than enough performance to keep up with modern traffic. It handles well and the suspension and brakes are more than enough for today’s roads. Now complete and back on the road, it is only for sale due to the vendor having had his eye drawn to another project which is already taking up the garage space recently vacated by this impressive Alvis saloon.