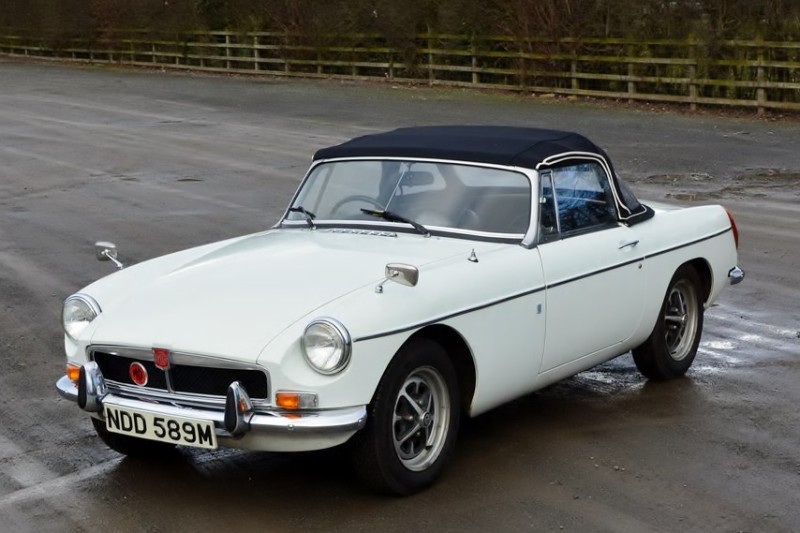 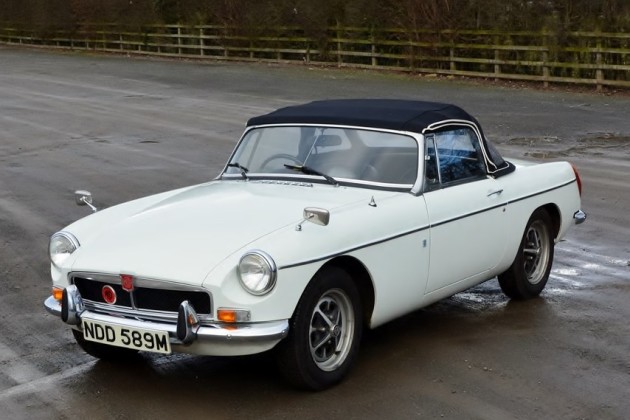 Abingdon’s new model used a more modern monocoque design than the outgoing body-on-chassis MGA, though the engine was essentially carried over from the previous model. Enlarged to 1,798cc, the motor now offered 95bhp and a very respectable 110ft/lb of torque which, allied to the optional overdrive gearbox, gave relaxed high speed cruising at up to 100mph.

Engine specification was uprated in 1965 when the crankshaft was changed from a three- to a five-bearing design. Production continued right up until 1980, the biggest change coming in 1974 when the elegant chrome bumpers were replaced by bigger and heavier rubber items to meet new US safety regulations. A practical and fine handling car, the MGB in all its forms has gone on to become one of the stalwarts of the British classic car scene and good ones are increasingly sought after today.

This chrome bumper Roadster is a truly remarkable find that has covered only 10,500 miles from new. As the original purchase invoice confirms, it was bought new from Lex Motors of Cheltenham in August 1973 for the sum of £1,566 in Glacier White with the options of overdrive, servo brakes, wing mirrors and a push-button radio. A gift from a husband to his wife, the V5 shows two owners from new, ownership transferring to the son when mum passed away in 2005.

Although there is insufficient documentary evidence to warrant the mileage for certain, we are assured that it is correct and you only need to look at the car in detail to see what a gem it is, with no signs of previous restoration and an interior that is not far short of factory fresh. There is even a factory-applied paper tag still on the wiring to the rear lights in the boot dated 13th June 1973.

In late 2016 the Cheltenham property where the MG had spent its life was finally sold, hence the car’s appearance in the sale today. It has just undergone a £1,000 recommissioning to prepare it for sale including a full brake overhaul with many new parts, a new fuel pump, windscreen washer pump, and two new batteries, sailing through its MOT in December 2016 with no advisories recorded. A new soft top was fitted about 25 years ago but the original (slightly tatty) hood is still present, as is the tonneau cover which remains in good condition.

Said to drive beautifully with the overdrive working as it should (and due to be driven to the sale), this ultra-low-mileage cracker has weathered its 44 years remarkably well and could be turned into a real show-stopper with relatively little effort. One for the serious MG collector…

AMENDMENT: Please note that the original purchase invoice and the V5 record this car as an MGB GT but the GHN chassis number is correct for a 1973 Roadster.