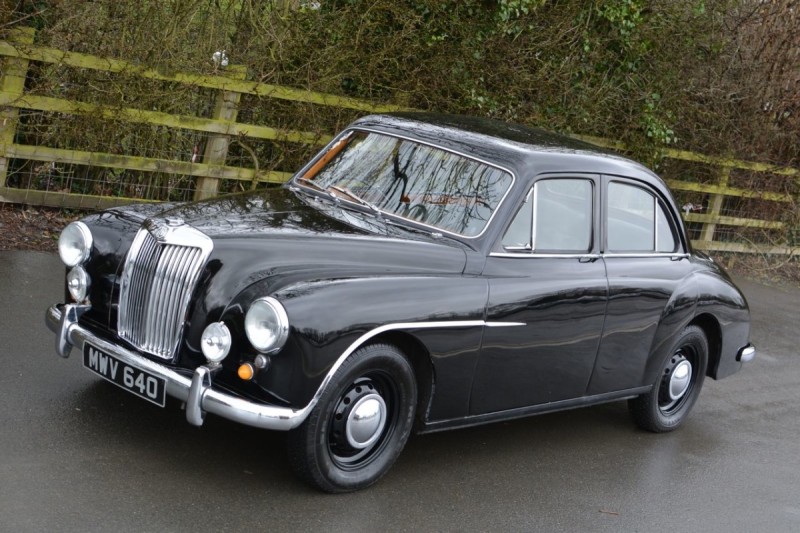 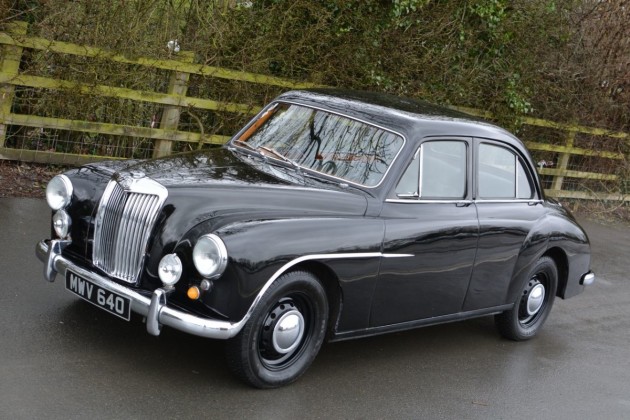 The MG Magnette ZA was launched in 1953 at the London Motor Show with deliveries starting in March 1954. The first monocoque car to bear the MG badge, the Magnette was designed by Gerald Palmer, who had made his name with the Jowett Javelin, and featured swooping Italian inspired styling.

Power came from the then-new four cylinder 1,489 cc B-Series engine with twin SU carburettors delivering 60bhp, driving the rear wheels through a four speed manual gearbox with synchromesh on the top three ratios. With a top speed of 82mph performance was brisk for its day with 25mpg economy.

Suspension was independent at the front using coil springs and had a live axle with half elliptic leaf springs at the rear. The steering was by rack and pinion. Hydraulically operated Lockheed 10-inch drum brakes were fitted to front and rear wheels. Lavishly trimmed in the best MG tradition, the car had leather upholstery while the dashboard and door cappings were in polished wood. The heater was standard but the radio still an optional extra. Standard colours were black, maroon, green, and grey.

Dating from 1956, this particular ZA has had only two owners from new and has been in the current ownership since 1978. Over his 39-year tenure the vendor has progressively uprated the car to make it suitable for everyday use. These upgrades include the fitment of a more powerful ZB engine; front disc brakes; Spax shock absorbers; halogen headlamps; indicators rather than trafficators; generator to alternator conversion and the fitment of a stainless steel exhaust.

It has also been fitted with a sophisticated Tracker anti-theft system with a lifetime subscription. So if it ever does get stolen, the police will always be able to find it via the magic of satellite tracking technology – whatever would Palmer have made of that!

In addition to these tweaks the car has also had more conventional upkeep over the years including a body restoration in 1999, new bumpers in 2000, new wiring loom in 2001 and a full interior retrim in 2002. Said to be in good order throughout, it comes with a very large history file (including an insurance valuation for £15,000) and no doubt has decades of useful life ahead of it.