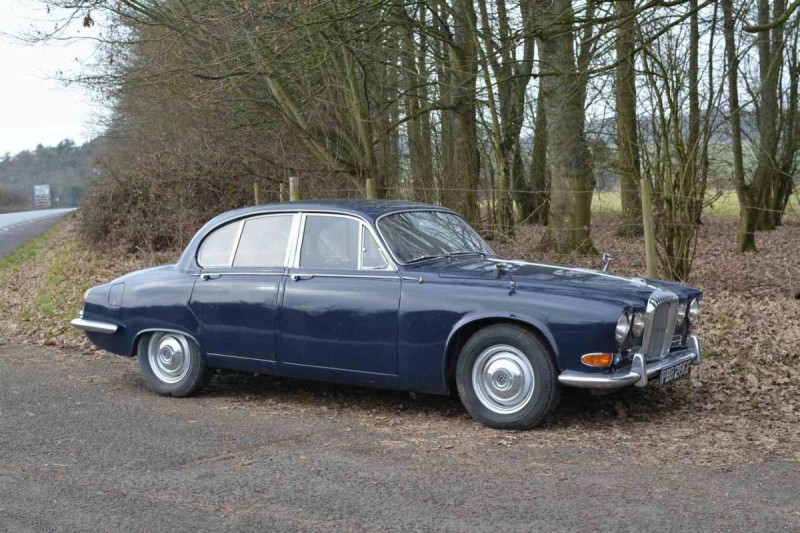 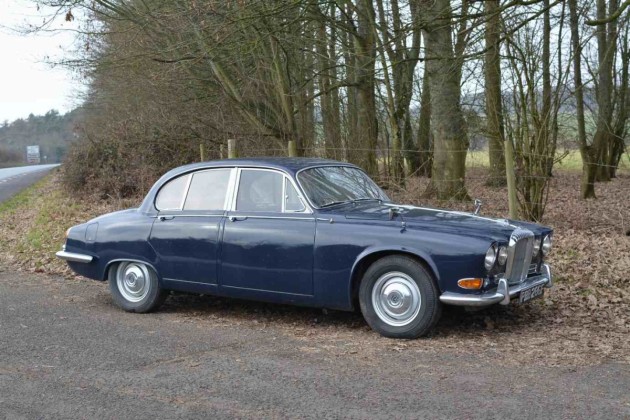 Under-appreciated, under-valued and under the hammer here, the luxury Daimler 420 is a relative rarity among Browns Lane’s products: just 10,236 were produced between 1966 and 1968.

To those in the know, the 420 is perhaps the ultimate classic Jaguar saloon being something of a thinking man’s MkII (if that isn’t being too rude to Inspector Morse). Aimed at Jaguar drivers looking for more sophistication than the MkII could offer, the S-Type employed a modified version of the MkII bodyshell with unique front and rear end treatment.

The fabulous front end styling was like a scaled down MkX and the 4.2-litre engine was virtually to E-Type spec, producing 245bhp and 283lb/ft of torque. The magic 100mph was comfortably achieved, while an independent suspension arrangement like the MkX ensured sure-footed and predictable handling. Further refinements included notably quick steering, dual circuit brakes, alternator electrics and a limited-slip differential.

Priced at £2,064 including tax, it was less than half the price of a Bristol 410 Saloon and less than one-third of the price of a contemporary T-Series Bentley and yet was easily the equal of both these cars. Sales were probably affected by the fact that it was also £200 more expensive than the equivalent Jaguar. All the more remarkable then, that the model is so humbly valued today.

Looking understated and elegant in its navy blue paintwork, this 1967 Sovereign is something of a bargain when you consider its estimate. It’s not concours and there is a little rust present, but it is a car that could be easily tidied by any competent home restorer.

The interior is resplendent with its sumptuous red leather upholstery and matching carpets – a relaxing antidote to the stresses of modern motoring (if only you could tune in to the magic of Mantovani or George Melachrino on that anachronistic radio).

This 420 has had little use (1,500 miles only) over the last five years and is looking for an enthusiastic owner to show it some TLC and take it out more often. It deserves it – and so do you. Offered without history, it does have an MOT valid until June 2017, a V5C and some factory workshop manuals.