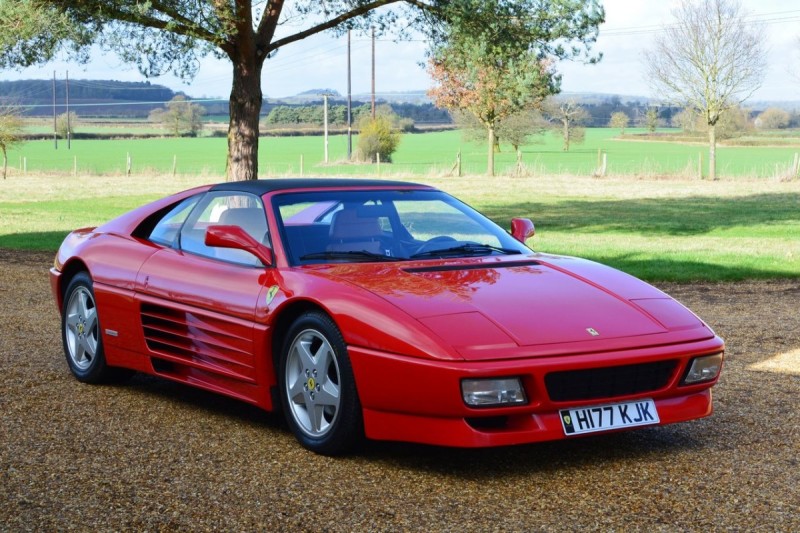 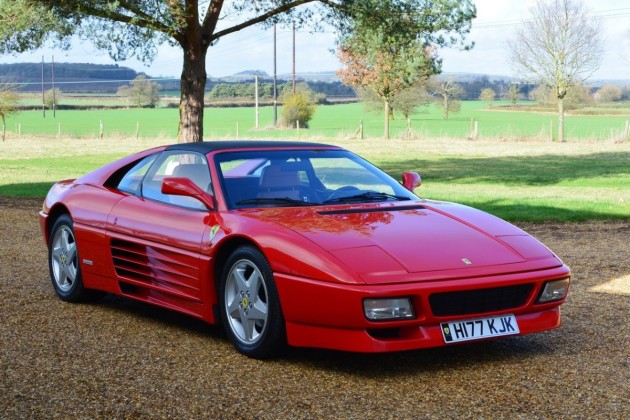 Launched in 1989 to replace the acclaimed 308/328 range, the mid-engined 348 marked a real departure for Ferrari as it was their first car to use monocoque construction in place of a tubular chassis frame.

It was also unusual in having a longitudinally-mounted V8 engine with a transverse gearbox (like the 288 GTO), and radiators sited in the flanks rather than the nose (like the Testarossa) which made the cabin easier to keep cool in heavy traffic. It came in two body styles, a closed coupe (the TB) and an open targa spider (TS).

The engine was a naturally aspirated 3.4-litre version of the quad-cam, 4-valve per cylinder V8 originally found in the 288 GTO and produced 300bhp and 238lb/ft of torque. Driving through a five-speed manual gearbox it could catapult the car to 60mph in just 5.4 seconds on its way to a top speed of 171mph.
The coil-over-wishbone suspension was independent all round and adjustable for ride height, while anti-lock brakes and air conditioning were fitted as standard. Looking very much like a baby version of the Testarossa, it proved to be one of the most commercially successful Ferraris ever, selling some 8,000 units before it was replaced by the 355 in 1995.

Dating from January 1991, this gorgeous European-spec 348TS has covered only 28,200 kms (17,500 miles) from new and has spent most of its life in Switzerland, later going to Canada from where it was imported by the vendor in October 2016. In lovely condition throughout with classic Rosso Corsa paintwork and a tan leather interior, it also has an optional (and expensive) Tubi sports exhaust which gives emits a spine-tingling howl when provoked.

Unfortunately the original handbooks and service book for the car went missing while in transit from Canada but luckily the vendor had already copied the service records which show three stamps in the book, the first at 10,020kms in September 1993, then at 21,233kms in March 2000 and again at 27,457kms in October 2012 when the cambelts were also changed. There is also an invoice from August 2002 at 22,221kms which came to 3,461 Swiss Francs (£2,800) but you will need a good knowledge of the lingo to decipher this.

To atone for the loss, the Canadian shipping agent sourced replacement handbooks in the correct Ferrari leather wallet which are included in the sale although the handbook is for the US version 348 while this car is Euro-spec. It also comes with a complete original toolkit in the original leather case, a V5C, NOVA document, import papers and an MOT valid until November 2017 with no advisories recorded. Said to drive beautifully, it certainly went well when we were treated to a short test drive on the occasion of our visit.

As with the Testarossa, the 348 was somewhat unloved a few years ago but both cars have enjoyed a dramatic resurgence in recent times and this low mileage cracker could yet prove a shrewd investment at the sensible guide price suggested.