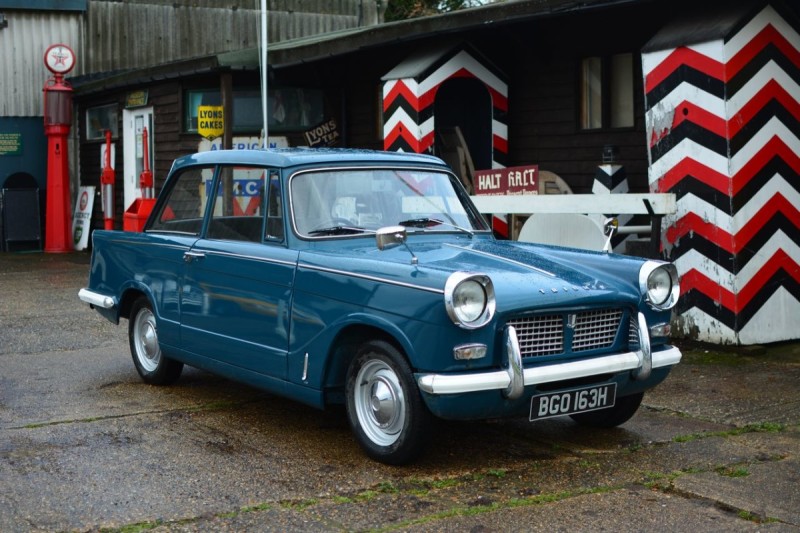 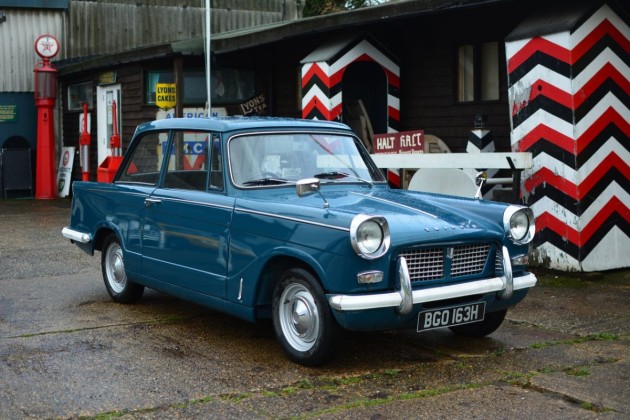 By the mid-1950s Triumph were one of the few manufacturers still building cars using a separate chassis onto which the outer panels were bolted; they were certainly out on their own when they introduced a completely new model range using this construction in 1959, the Herald.

It did have its advantages, allowing the car to be built in a variety of body styles with minimal fuss – saloon, coupe, estate and convertible versions were all available. The hinged bonnet/front wing assembly also permitted generous access to the engine and front suspension, making it one of the easiest cars to work on. The design also allowed an amazingly tight turning circle – just 25 feet, making it a doddle to manoeuvre and park.

From 1963 the 948cc engine was increased in size to 1,147cc, boosting power to a useful 48bhp in the Herald 1200. A sportier 12/50 was also offered with a slightly revised grille and a tuned engine which upped the output to 51bhp. Later still the 13/60 made its appearance, with the more powerful 1,296cc engine from the Spitfire. Herald production finally ended in 1971 along with their somewhat antiquated production techniques.

Offered for sale today by a film services company, the Herald has seen some screen action, recently appeared in ‘The Conjuring II’ horror film in 2016 among other roles. The Triumph’s history file is limited but does contain a selection of old tax discs, 11 old MOTs and a current ticket until September 2017 showing only three advisories. Evidently the car has been maintained in running order but has seen little use in recent times and will no doubt respond well to some minor recommissioning before hitting the summer classic scene once more.

AMENDMENT; This car has an MOT valid until February 2018, not September 2017 as previously stated. Bidders are advised that there are four old MOTs and not 11 as catalogued.