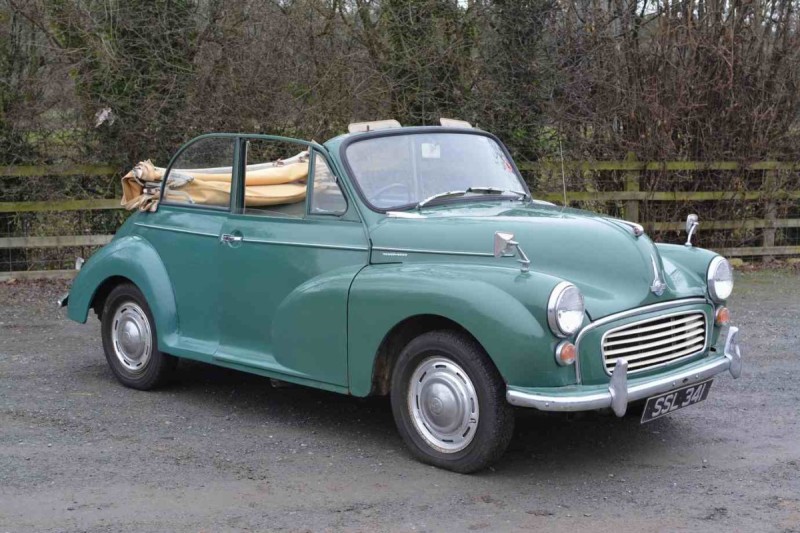 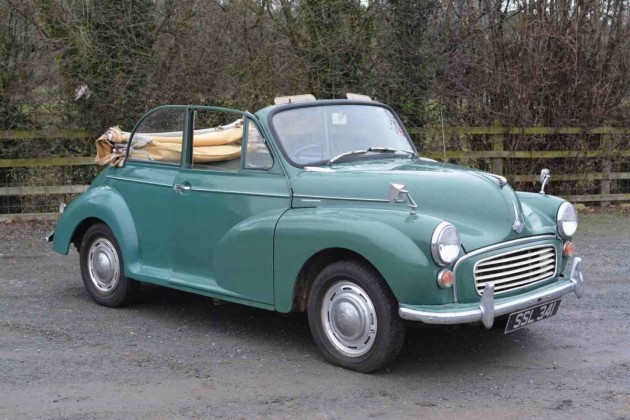 The Issigonis Morris Minor is one of the mainstays of the classic car world and the spares and service back-up is correspondingly massive. The Minor is a true practical classic and one that is within the reach of the home mechanic or restorer.

This Almond Green 1962 Morris offers an entry into the world of Minor ownership and – best of all – it’s a convertible, or Tourer to give it its proper title. The MAT chassis number prefix indicates that it is a genuine factory-built Tourer, not a chop-top saloon conversion.

Little is known of this car and to say it is a minor mystery is more than a feeble pun: it’s the truth. The story is that it was taken in part exchange at a plant and machinery dealers some years ago, and then placed in a storage unit where it was forgotten about. Easily done...

The Minor doesn’t appear to have suffered too much from its years of neglect and is believed to be ready for an MOT (which, being a 1962 model, it will need before going on the road). The car looks sound but some work will be needed and the under-bonnet area particularly could do with tidying. The hood appears to be in sound condition, as does the bodywork but no guarantee is given with this lot which is being offered 'as seen' and at no reserve.

The car spent some time off the road in the late 1970s and was subsequently re-registered with a Clackmannanshire number in 1983. It comes with a V5C, three old MOTs, sundry invoices and a spare key.

All old cars are a bit of a gamble although Morris Minors tend to offer shorter odds than many. The aspiring owner will have to balance those two Latin maxims: carpe diem and caveat emptor.