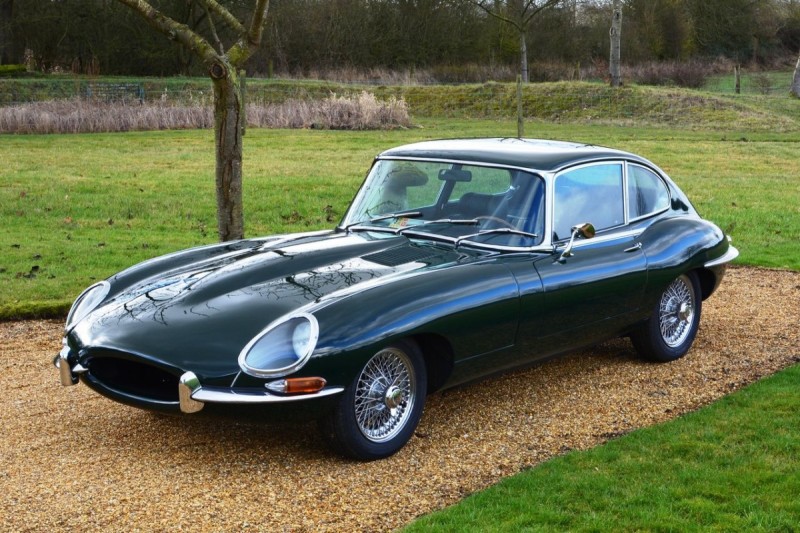 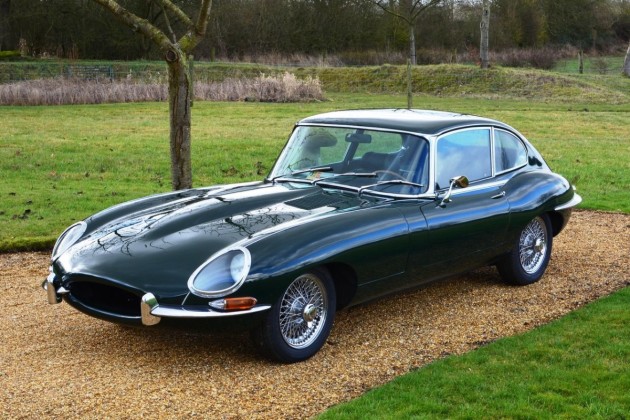 Launched in 1961, the Jaguar E-Type instantly became the most desirable sportscar on the planet. Drive one through any town centre today and you will still stop the world in its tracks as effectively as you would have done 56 years ago.

At a time when the average family saloon was doing well to crack 60mph and might take a week to get there, this Coventry cat could hit the same speed in 6.8 seconds and scorch on to a terminal velocity of almost 150mph. At least as good as any contemporary Aston or Ferrari, it's only because Jaguar sold so many of them that mere mortals like you and I can realistically think of owning one today.

Not content to sit on their laurels, Jaguar improved the car constantly over the years, the first major change coming with the launch of the 4.2-litre version at the 1964 Motor Show. The larger engine had the same 265bhp as the 3.8 but improved torque so while outright performance remained much the same, it was more relaxing to drive in traffic. The oft-criticised Moss ‘box was pensioned off in favour of a new all-synchromesh gearbox, the brakes and electrics were improved and it gained more comfortable seats.

In September 1965 a 2+2 version came out with an extra 9” in the wheelbase and a 2” higher roofline which permitted occasional rear seats so the kids could come too. In 1967 a whole raft of other changes were also made, primarily to comply with new US safety and emissions requirements, these models being known as the Series 1.5 and usually, but not always, including higher open headlights in place of the original enclosed units. Only 6,726 Series 1.5 models were produced between June 1967 and July 1968 when the S2 came out, of which just 1,916 were 2+2 versions, all but 404 in left-hand drive, making this a rare beast indeed.

Dating from early 1968, this car is the 154th S1.5 2+2 built in LHD and pleasingly it retains the closed headlight S1 bonnet which was only fitted to the earliest S1.5 models. The vendor acquired the car last year from an American gentleman who had owned it for four years. Although there is precious little history with the car, it does come with correspondence from the previous owner dated November 2016 and stating the following information:

“The car has been rebuilt with the drive line. The engine has triple Weber carbs and the original intake set up is boxed and comes with the car. There are no linkage problems and the carbs are dialled in perfect. The dizzy was replaced with a 123 distributor which is fully electronic. The car always starts first time in the freezing cold or the hottest of days. The engine makes great power and the car runs very strong. The exhaust is full stainless steel installed last year. Upgrades include a better GM alternator, new belts and hoses. Some other parts were refinished. The engine compartment is clean. The gearbox shifts well with no problem. A new clutch was installed at rebuild. Brakes fully rebuilt with new master cylinder, reaction valve, upgraded front calipers from SNG Barratt, new flex lines, booster, rebuilt rear calipers – they don't leak, car stops great. Suspension rebuilt with new ball joints, shocks etc. The rear was taken apart and the bearing run out inspected and fine polished uprights new springs and shocks [sic]. The ride is very nice and handles well in tight corners. This was a Florida car and the floors are original along with the trunk floor. The body is rust free with average panel fit. The car was repainted two years ago in British Racing Green. The original colour was yellow. All the exterior chrome was replaced and the bumpers are NOS I found. The door chrome is repro from SNG Barratt. The interior chrome is all original and looks great for its age. New carpet, rebuilt front seats in leather. Rear seat is in very nice original condition, the headliner is original along with the other panels which show very well.”

On inspection it is clear that the car is also fitted with uprated Kenlowe fans and a modified oil breather/catchment tank and that the tyres and wire wheels are also new. The spare wheel is alloy. A period Becker Europa radio is also fitted and the car retains what appears to be its original and complete tool roll and wheel changing kit. The factory-applied body number tag is still in place on the rear valance where the number plate goes, as is the original ‘Made in England’ tag below the chassis plate, all adding credence to the fundamental originality of the car’s structure. The number on the chassis plate also matches that on the engine making this a 'matching numbers' machine.

Running and driving beautifully on the occasion of our visit to take these photos, it has an MOT valid until January 2018 with no advisories recorded. Although it is not yet UK registered it comes with a NOVA document showing that all duties have been paid and a US Certificate of Title so getting it registered here will be straightforward with the requisite DVLA form. Converting it to RHD would also be straightforward if desired, using parts readily available from specialists such as SNG Barratt.