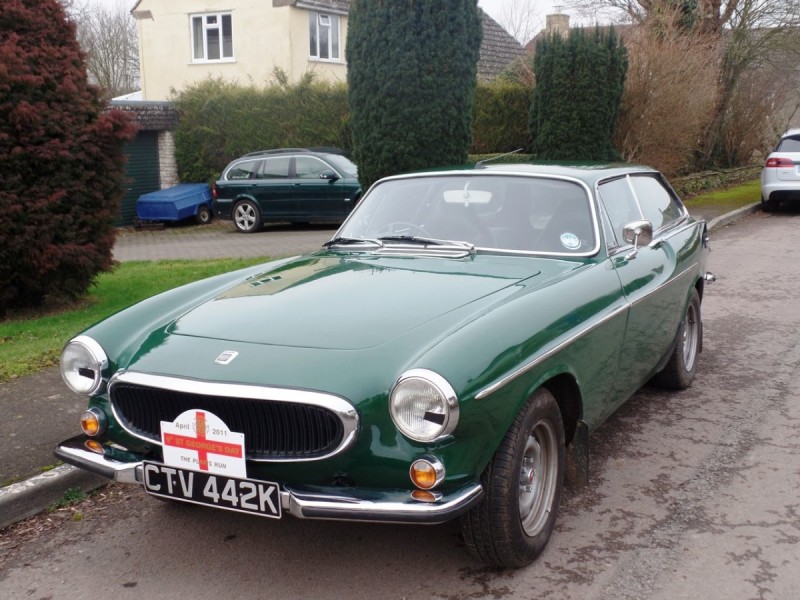 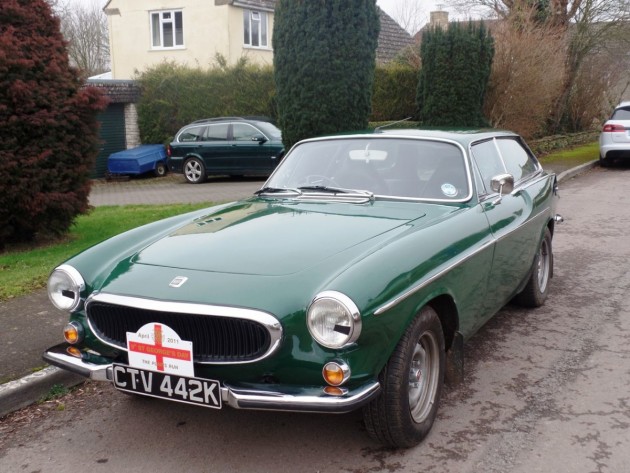 Launched in 1960, the strikingly handsome P1800 was Volvo's first attempt to enter the sports car market, though in truth it turned out to be more a boulevard cruiser than a racer.

Already busy making the restrained and beautifully engineered Amazon, Volvo wanted to spice up their image, employing Pelle Petterson to come up with a more flamboyant design while working at Italian design house Frua in 1957. His long, low and streamlined masterpiece looked effortlessly cool from the outset, however due to various behind-the-scenes wrangling over who should make the body, production didn’t get underway until 1960.

Using many components shared with the trusty Amazon, including its powertrain, independent front suspension and coil-sprung live rear axle, the P1800’s 1,778cc engine was hotted-up with twin SU carbs and pumped out some 115bhp. Although no fireball, the stylish coupe would top 100mph and being a Volvo, would keep it there all day.

For 1970 numerous changes came with the fuel-injected 1800E, which had the B20E engine with Bosch D-Jetronic fuel injection and a revised camshaft, hiking power to 130bhp without sacrificing fuel economy. Top speed was now 120mph and it could hit 60 in a respectable 9.5 seconds. The 1970 model was also the first 1800 to have four-wheel disc brakes, replacing the rear drums of the earlier models.

In 1972 came the last model of the range, the 1800ES, an estate version designed by Jan Wilsgaard with an all-glass tailgate and folding rear seats that created a long flat loading area. Built at Volvo’s Lundby factory in Gothenburg and only in production for two years, just 8,077 examples of the ES were sold worldwide, making them increasingly rare and desirable today.

Apart from looking a million dollars these cars are amazingly robust – a 1966 Volvo P1800S holds the Guinness World Record for the most miles covered on an original engine: over 3 million at the last count!

Dating from 1972, this original RHD P1800ES spent most of its early life in Holland, being imported to the UK in 2004. The vendor’s father bought the car in 2008, ownership transferring to his daughter in 2010.

Finished in British Racing Green with a black leather interior and manual overdrive transmission, it is said to be in generally good condition throughout with “no known rust”, the only known fault being that it can slip out of second gear if you aren’t careful with the change, although a spare and newly rebuilt gearbox is also included in the sale if desired which will need to be collected from the Malmesbury area.

Always stored in a heated garage during the current ownership, it has been kept in good running order and has been used on several continental touring holidays and on various classic events such as the HRCC Corinium Economy Run with no dramas whatsoever. Although the odometer shows some 78,300 miles, we are advised that it has actually covered just under 60,000 miles with a documented speedo change earlier in its life.

Supplied with a good history file and a workshop manual, it has an MOT valid until January 2018 with no advisories recorded and looks excellent value at the sensible guide price suggested, this being a rare model that has shot up in value of late.