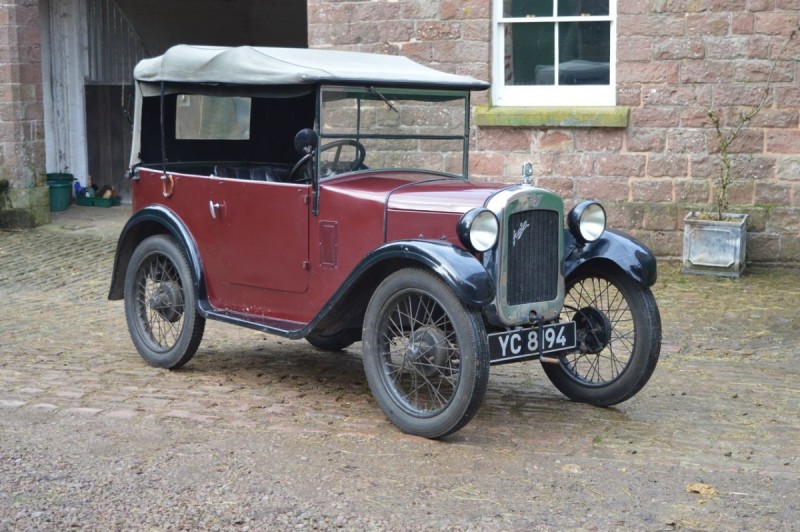 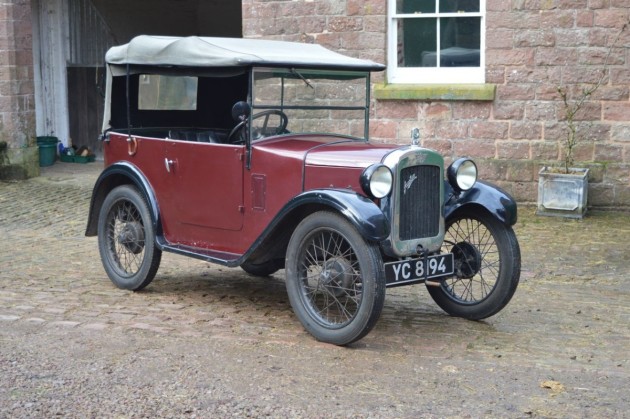 Sir Herbert Austin’s new ‘Baby’ was designed in secret on the billiard table of his home near Birmingham and changed the face of motoring in Britain when it first appeared in 1922.

The car was a miniature version of the contemporary full-size Austin tourer and was fitted with a tiny four-cylinder engine, unlike the strange and oddly-specified mechanical wonders which until then had been the only light cars available. This sounded the death-knell of the cycle-car and heralded the end of the motorcycle and sidecar combination as the poor-man’s family transport.

The chassis design was simple and conventional: the side rails formed an ‘A-frame’ with the rear springs protruding from the ends of the chassis and a transverse leaf spring at the front. Electric lighting and starting was available almost from the beginning and the little cars were very popular with the new generation of lady motorists.

The Austin Seven was an immediate success and could soon be ordered in sporting guise where it was a formidable rival to MG in the 750cc class. Commercial vans and pick-ups were also available and by the early 1930s, the two-door saloon had become the most popular choice, sales overtaking the open ‘Chummy’ bodies as buyers opted for more comfort and weather protection.

As the years passed, the cars became heavier and more sophisticated, but for ‘cuteness’ and maximum family enjoyment, a late twenties Chummy has always been regarded as the pick of the crop.

The Austin 7 has been a mainstay of Vintage Sport Car Club events for many years and this 1929 Chummy will appeal to those who like a social side to their old car ownership. The vendor’s father bought this late 1929 Chummy in around 1977 from the Manchester area. It subsequently passed into the vendor’s hands, via his mother, in 2006.

There is not a great deal of paperwork with the car, but it did have a new radiator fitted in 1988, a £1,500 refurb (by Phoenix Green Garage) in 1996 and there are various bills from Austin 7 Services which include a new silencer in 2010. The car is mostly to standard specification, the only obvious deviations being the Bowdenex brake cable conversion (brakes were a weak point) and the front spring which has been covered with a leather gaiter.

The car has a hood, tonneau cover and a set of side-screens (although the screens are too opaque to be used safely) and if it has been restored in the past, it must have been done many years ago, the car having acquired a lovely lived-in look in the meantime.

Only on offer because it is getting so little use, this fine and original Chummy is looking for a new owner to get out there and drive it.