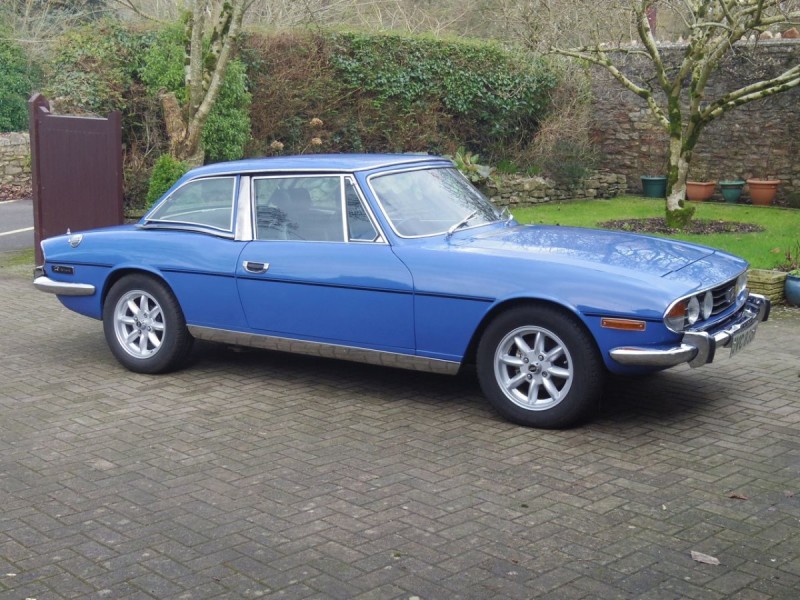 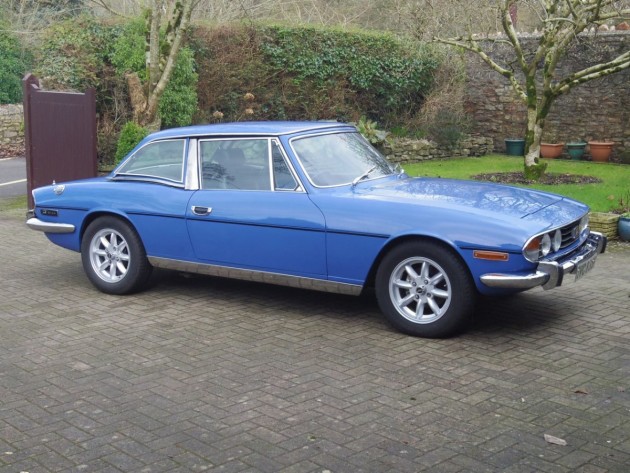 The Stag came about principally because of the close relationship between Harry Webster, Triumph’s Director of Engineering and Giovanni Michelotti who was already responsible for much of the Triumph Company's styling.

Michelotti asked if they could undertake a styling exercise, on their own initiative, and soon got on with producing a mock-up of the Stag. When presented to the bosses at Triumph, the response was immediate and the project to build the car got the go-ahead straight away. Produced between 1970 and 1978, the Stag was conceived as a gentleman's sports tourer to compete head-on with rivals like the Mercedes SL.

This 1973 Stag started life with an automatic gearbox but was upgraded to a manual box with overdrive some time before the vendor bought the car locally through a tip-off from a friend in 1992. The vendor has greatly enjoyed the car over the last 25 years, using it regularly, including numerous lengthy tours such as Le Jog.

In 2000 a reconditioned gearbox and overdrive was fitted and the car continued to perform well until 2012 when it was decided that the engine needed a thorough overhaul. This work was carried out by Triumph specialist, Michael Alexander of Chester, and included new pistons, a rebore, new bearings, reconditioned cylinder heads, new radiator, new water pump and expansion tank, etc.

By this time, the car had covered 88,000 miles and the vendor has added just 2,000 miles since. He reports that the car is running very smoothly and is MOTd until June 2017. The interior of the car is very smart, the seats having also been refurbished and a new soft top fitted some years ago but rarely used. A factory hard top also comes with the car.

At one time the Stag had a reputation for unreliability and poor build quality, but better understanding of its engineering and careful maintenance have turned it into the car it was always meant to be: a quality, smooth grand tourer.

The vendor has lavished care and attention on this car and is only selling due to poor health, advising us that its new owner will have a car to be proud of.