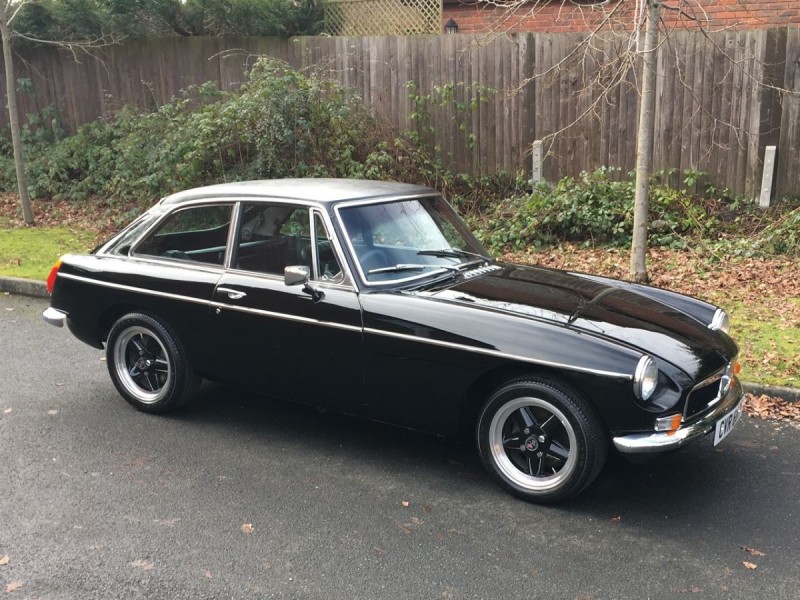 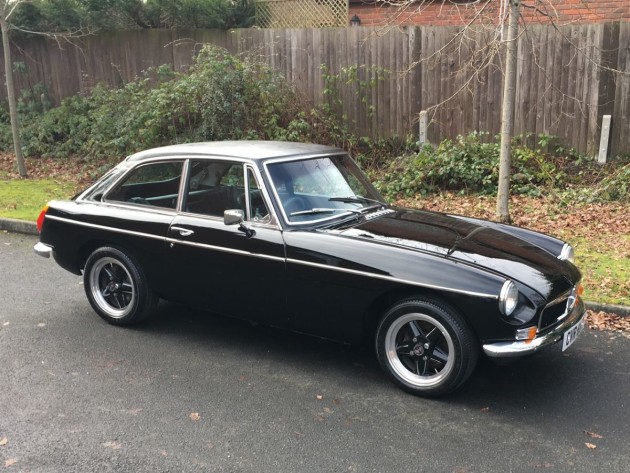 Launched as a Roadster in 1962, the MGB has gone on to become one of the most popular classic sportscars of all time, a GT coupe version joining the range in 1965 and remaining in production right up until 1980.

First registered in April 1979, this late model GT has had just three owners from new, the second buying it when it was just a year old and keeping it for the next 36 years until the vendor acquired it last year. Clearly very attached to the car, the previous owner commenced a no-expense-spared restoration in 1990 which incorporated many expensive upgrades.

This included a full body restoration with four new wings, door skins, inner and outer sills, followed by a bare metal repaint in the original factory black and the fitment of a new vinyl roof. It was also converted to chrome bumpers and fitted with a custom-made set of Revolution alloys with the correct MGB offset and shod with new Goodyear NCT Eagle tyres.

To give it the go to match the show, the engine was fully rebuilt by Howley Racing, being bored out to 2-litres, tuned, balanced, fitted with a Lucas advanced curve distributor and converted to unleaded. A new alternator and starter motor were fitted along with a new rear axle, stainless steel exhaust and fuel tank. The brakes and suspension were also upgraded, the latter lowered and fitted with uprated telescopic dampers. An unusual padded steering wheel and bucket seats complete the sporting theme.

Fitted with the desirable overdrive gearbox, the car has only covered 1,000 miles since the restoration was completed and remains in stunning condition throughout. Recently recommissioned after many years in storage, it acquired a new MOT in December 2016.

Being offered here at a fraction of the costs lavished upon it to date, this quick and beautiful GT now only needs a proud new owner behind the wheel and is sure to turn heads wherever it goes.