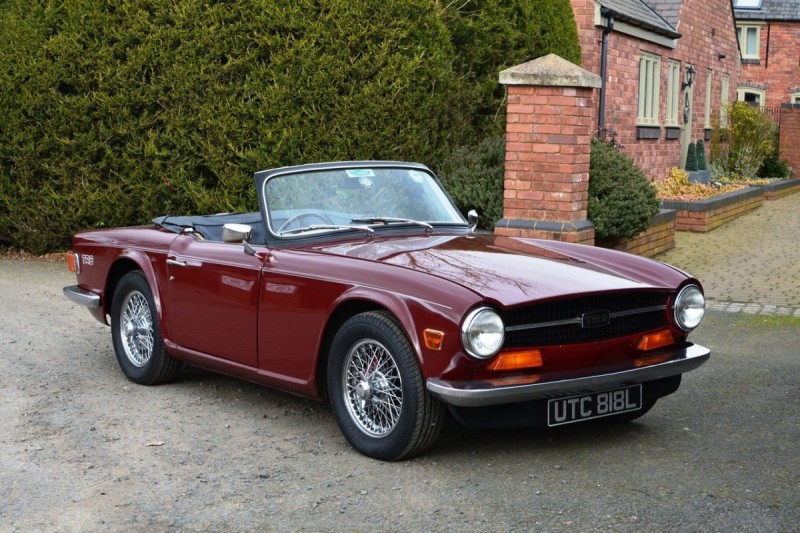 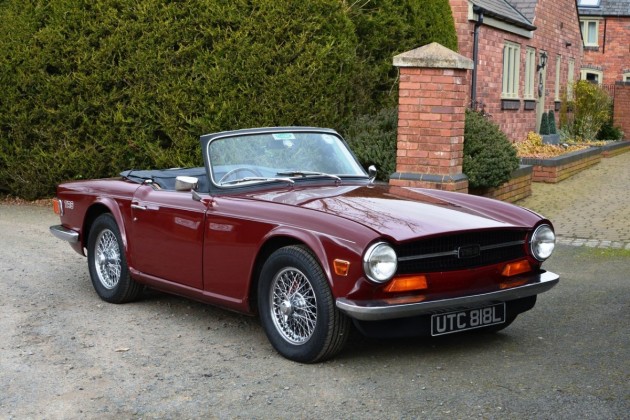 Triumph revitalised its classic TR range in 1968 and introduced the Karmann-styled TR6. Sharp, clean and fresh, the TR6 sported a more aggressive body with revised front and rear end styling although the centre section remained the same as the TR4 and TR5.

For the UK market, the straight-six fuel-injected 150bhp 2,498cc engine also carried over from the previous TR5 model, although from 1973 it was changed for a milder 125bhp unit to meet stricter emissions regulations. In full fat 150bhp form it could sprint to 60mph in 8.5 seconds on its way to a top speed of 120mph.

Widely regarded as the last of the proper TRs, it had potent front disc brakes, independent front suspension and a very sporting ride. Inside was a very pleasant place to sit with pile carpets on floors and boot, plush-looking bucket seats, a lovely wooden dashboard and a full complement of instrumentation. A huge sales success, more than 94,000 TR6s were built (ninety percent of them to detuned US specifications), before it was replaced by the much softer TR7 in 1975.

First registered in December 1972, this particular TR6 has the full fat 150bhp engine and the desirable overdrive gearbox option. The current keeper acquired the car five years ago and has used it regularly, clocking up over 4,000 miles in the car during his ownership. Indeed 15 old MOTs back to 1984 show that it has covered some 56,000 miles in the last 33 years, the odometer currently displaying just under 93,000 miles.

Recently fitted with a new set of tyres, it also had a new set of chrome wire wheels in 2012 which remain in excellent condition. At some point the interior has been retrimmed in rather striking cream leather, the seats being piped in red, and the carpets also appear relatively new. An attractive wood-rim steering wheel lends a sporting look as does the walnut dash. The soft top is also present and is said to be in serviceable condition. While the paint finish and panel fit are not the best we have seen, they are far from unacceptable and the car looks pretty good for its age and mileage.

Running nicely as we moved it around for these photos, the car is due to have a fresh MOT in time for the sale and will be driven some 35 miles to get here. Supplied with a good file of invoices to show regular upkeep, it looks great value at the sensible guide price suggested.