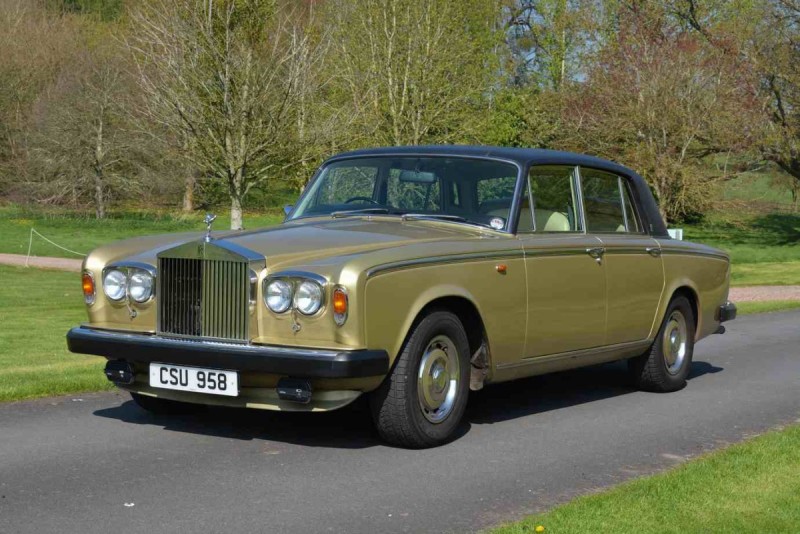 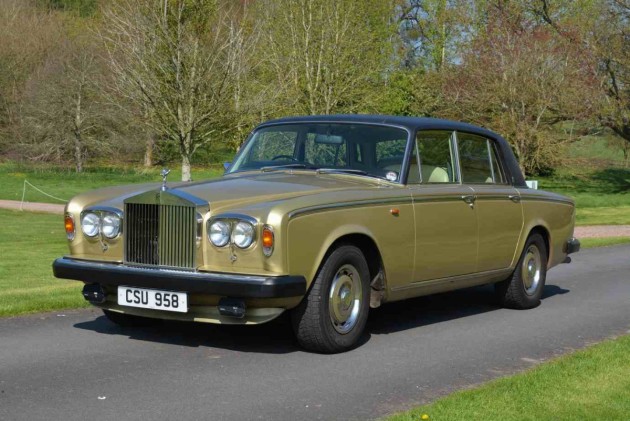 Launched in 1965, the Silver Shadow marked a radical departure for Rolls-Royce being their first model to gain a monocoque body with no separate chassis.

Other innovations included a fully hydraulic braking system, based on Citroen patents, that included four-wheel discs, twin circuits and rear self-levelling suspension. Aluminium doors, boot and bonnet helped to keep the weight down. Squat and purposeful on the outside but still aristocratically luxurious on the inside, it was perfectly timed to attract the nouveau gentry of the Swinging Sixties who were more likely to have made their money from business, pop or fashion than inheriting it from the ancestors.

Even today, to slip behind the wheel of a well-kept Shadow is to enter a different world where every journey is an occasion and the feel-good factor is off the scale. Beautifully crafted, technically advanced and good to drive, it sold like no Rolls-Royce before or since.

This 1980 Rolls Royce Silver Shadow II was one of the last Series II cars and has a well-documented service history at Rolls Royce specialists for the first 14 years of its life, and with non-franchised garages subsequently (although it has been in storage for many of the last 20 years).

It appears to have been very well looked-after and comes with a library of handbooks, manuals, service records, and publications including a guide to ‘Achieving optimum fuel consumption from you motor car’ (and, no, that doesn’t say: ‘Leave it in the garage’). The Willow Gold paintwork and trim options are factory originals

The magnolia upholstery is clean and unmarked and the rear passenger footrests are still present, housed in the rear of the front seats. The toolkit is also present and correct (not that you will need it).

The vendor has owned the car for four years, buying the best example he could find at the time, suffering from a “Rolls-Royce itch that had to be scratched”, as he puts it. Although he has used it sparingly, the car has attracted much attention and has been in regular demand by family and friends to perform ceremonial duties at the occasional wedding where it has been driven by the vendor’s wife. He stresses that it has not been a hire car.

There are only 77,099 miles showing on the odometer and it is believed the mileage is correct: the 22 past MOTs and the service records support this figure. Due to have a new MOT in time for the sale, it is offered with the aforementioned service history, manuals, and plentiful old MOTs.

This Silver Shadow II is a well-cared-for example of ‘the last of the real Rolls-Royces’ and is available here at a fraction of the cost of a comparable luxury car of today.