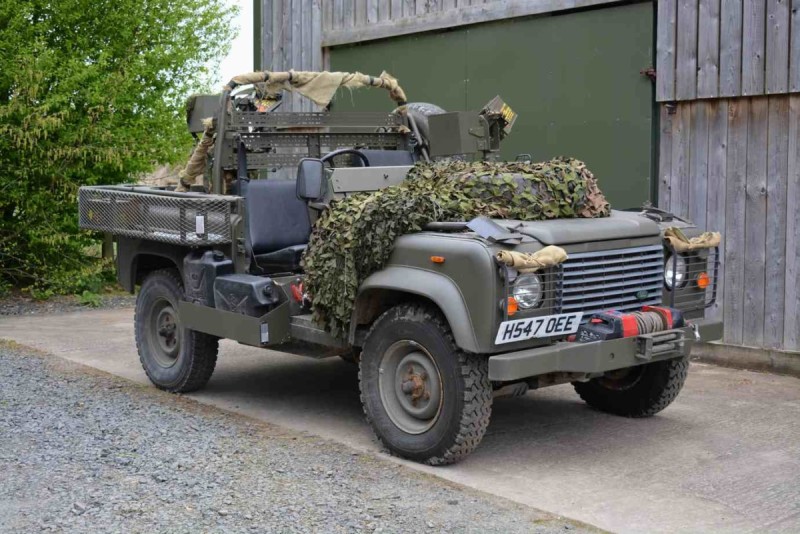 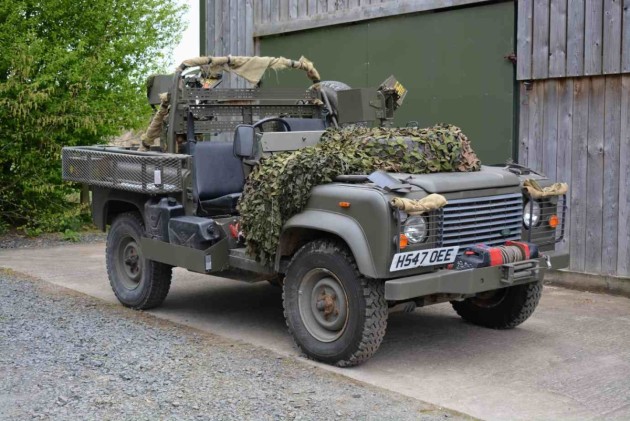 This Land Rover is one of a batch of 25 Defender 90s built for the Ministry Of Defence in 1992 and handed over to Ricardo Consulting Engineers for modification as ‘air-dropped transport’.

The idea was that two vehicles could be stacked together – one at 45° to the other – on a special pallet and dropped out of a transport plane (with parachute attached, of course). The rear wings of the angled Landie would fold away allowing its wheels to be attached to the bed of the other and so take up less space. These vehicles became known as ‘stackables’.

Used initially by No5 Airborne Brigade, eight of these vehicles found their way to the 2nd Battalion Parachute Regiment (including this one) where they underwent further modification by the elite Pathfinder Platoon. These were intended for a ‘more active’ military role and acquired various upgrades including storage baskets, ammo lockers, gun mounts, commander’s seat, Warn heavy duty winch and Southdown under-body protection.

However, it’s believed that these modifications were done unofficially and the vehicles were then converted to the more standardised ‘fitted for radio’ (FFR) specification (which is still pretty impressive). The MOD would not normally release any details about this type of vehicle, but fortunately there is an article by official MOD photojournalist Bob Morrison, published in Land Rover Owner magazine, that does go into details and a copy of this is supplied with the lot which will help with future authentication should it be required.

This Defender has had a bit of a chequered career since leaving the Army but is now more or less back how it was during its time with the Paras. The vendor has spent much time and effort in researching and restoring the truck to its optimum specification. There are plenty of military Land Rovers out there but this is the real deal and has the paperwork and the ID plates to prove it.