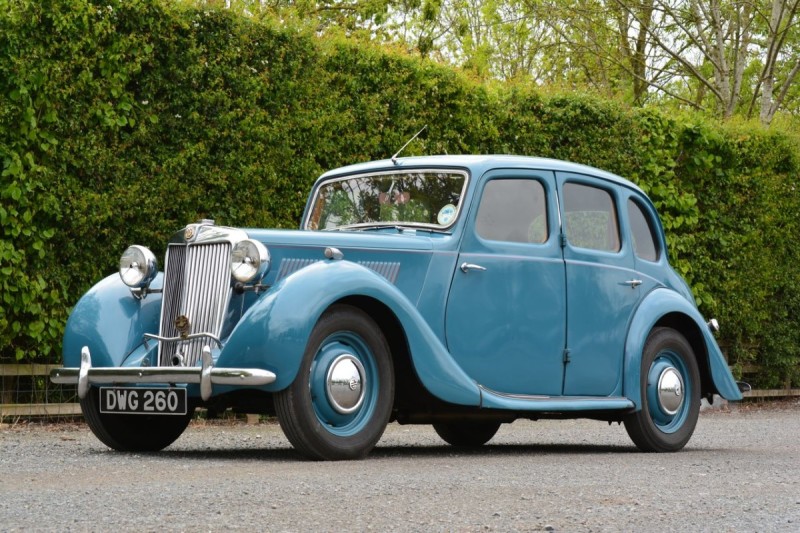 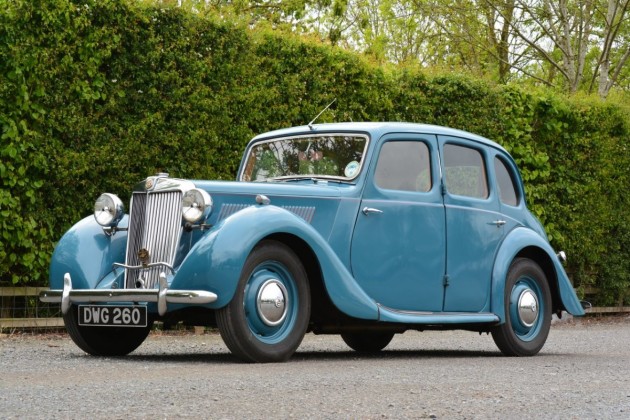 The prototype MG Y was constructed in 1939 for display at that year's Earls Court Motor Show but, unfortunately, a little local difficulty with the Germans meant that it didn't actually go on sale until 1947.

MG billed it as: “A brilliant new member of the famous MG breed that perpetuates the outstanding characteristics of its successful predecessors – virile acceleration, remarkable road manners, instant response to controls and superb braking."

Styled by Gerald Palmer, it was effectively an adaptation of the Morris Eight Series E bodyshell with re-styled front and rear ends more in keeping with the traditional MG image. It also kept a separate chassis but modernity was allowed a look in with the adoption of independent front suspension, one of the first British production cars to have this feature.

Power came from a single carb 46bhp version of the 1,250cc XPAG engine that powered the contemporary T-series of MG sportscars, giving the car more spritely performance than rival saloons with a top speed of over 70mph. The interior was well above average with lashings of leather and woodwork and classy octagonal instruments.

A YB version was introduced in 1952 with improved brakes, larger wheels and a more modern hypoid back axle, while a YT Tourer version was also available from 1948. Some 8,336 Y-Types were made in total before it was replaced by the Magnette ZA in 1953, about 6,158 in YA Saloon form as here.

This particular YA Saloon was first registered to one Archibald Morrison of Stirling on 5th January 1952 and is one of the last YA types made. It appears to have spent much of its early life in Scotland, the original buff log book recording three further local owners up to 1975. Originally black, it has been painted a very fetching shade of petrol blue at some point in the past which nicely complements the original and charmingly patinated red leather interior.

The vendor, an Octagon Car Club member for many years, acquired the car in 1995 and has used it regularly over the last 22 years including two trips to Le Mans and back, many club events and several family weddings. He has greased and serviced the car regularly, reporting that it has always proved very reliable and has become a much-loved family member.

The only hiccup occurred a few years ago when the transmission started to make a worrying noise which eventually turned out to be a chipped crownwheel-and-pinion and which has since been replaced. In the meantime the vendor had also (and unnecessarily) replaced the gearbox and the prop shaft so these are in fine fettle too. A stainless steel exhaust system has also been fitted and a pancake-type air filter, although the original filter is also included, along with a few other spares.

Supplied with a V5C, sundry invoices, the original MG warranty card, service manual, much techical literature and a book on the Y-Type range, it also has some 14 old MOTs back to 1995 at which point it had covered 86,652 miles, the odometer currently displaying 94,672 miles which is almost certainly genuine.

Utterly charming in all respects, it now only needs a caring new owner who can continue to cherish it in the manner to which it has become accustomed.