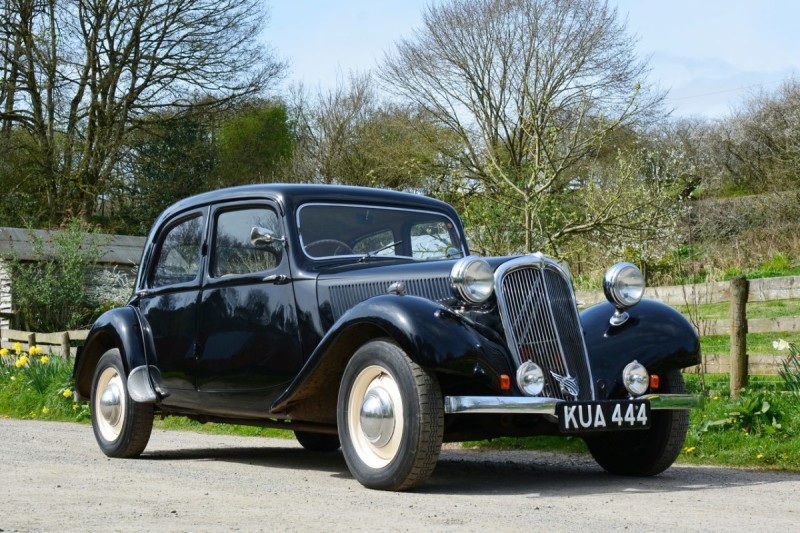 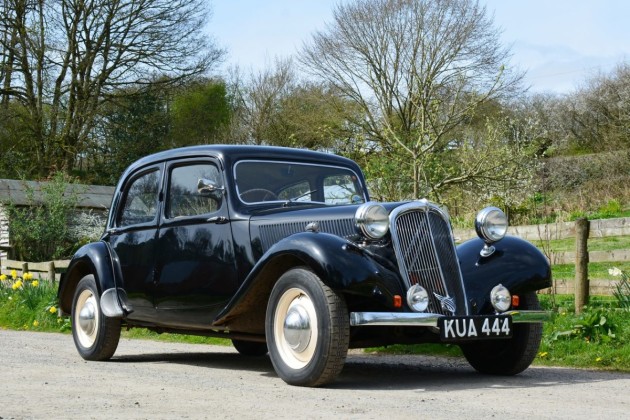 There is one thing you can never take away from the French: they always like to do things their own way - ‘Vive la difference!’.

And they don’t come more different than Andre Citroen, the gifted but enigmatic engineer who founded what was to become Europe’s largest car manufacturer by 1919. Wilfully (indeed suicidally) ambitious, he was so far ahead of his time that he went bust in 1934 and had to be rescued by Michelin before dying of a stress-induced illness in 1935.

What pushed him and his firm over the edge was the extraordinary Traction Avant which positively bristled with new-fangled innovations. Launched in 1934, it was not only the world’s first mass-produced front-wheel drive car but also one of the first to feature a welded steel monocoque body, rack-and-pinion steering, hydraulic brakes, synchromesh transmission and independently sprung front suspension.

Considerably stronger, lighter and lower slung than conventional designs of its era, it initially had a 1.3-litre 32bhp engine which was capable of 62mph and 28mpg economy with exemplary handling and stability. Only available in black, the 11B was launched in 1937 with a 1.9-litre four-cylinder engine producing 46bhp and a top speed nigh on 70mph. Production resumed after WW2 and lasted until 1957 when the Traction was replaced by the equally revolutionary DS after an astonishing 760,000 examples had been sold.

As early as 1919, Citroen had set up a manufacturing base near London to produce its trademark gears. Changes in UK import duties meant that in 1926 the plant expanded to a new site in Slough where they produced locally assembled cars for the UK market and onward export to RHD Commonwealth countries. Due to the expensive and complex tooling needed to make the Traction Avant, the factory didn’t start production of this model until after the war.

Slough-built models were renamed to reflect the fiscal horsepower, the 11B being sold as the Light 15 in the UK home market. The interior also differed from the French-built cars, with wooden dashboards and optional leather upholstery adding a touch of traditional luxury to the technically futuristic design.

First registered in Leeds in November 1946, this Slough-built Light 15 has been in the current ownership since 2012 and has been used regularly throughout that time. Indeed some 18 old MOTs back to 1988 show that it has always been in regular use, clocking up almost 30,000 miles in the last 29 years.

Numerous invoices on file show regular upkeep over the years including a bodywork restoration in 1998 at a cost of almost £3,000. Other expenditure includes a new crown wheel and pinion in 1993; stainless steel exhaust in 1994; new radiator, head gasket and master cylinder in 2000; new distributor in 2004; new clutch in 2008; new rear wheel cylinders in 2010; various new suspension parts in 2012; carburettor overhauled and starter motor rewound in 2015. CV joints have also been fitted at some time, a well-known and worthwhile upgrade.

The history file contains some photos of the car on a film set surrounded by actors in WW2 uniforms, although sadly the name of the film or TV production is not recorded. The original owner’s handbook is also present along with a buff log book issued in 1955, two sets of keys and a useful quantity of spares including a windscreen, cylinder head, brake drums, clutch and distributor.

Said to drive well and certainly running nicely as we moved it around for these photos, this handsome Citroen just oozes Gallic charm and is only reluctantly for sale due to ill health. The Traction Avant was so far ahead of its time that it can still hold its own in modern traffic and makes an ideal everyday classic despite being well over 70 years of age.