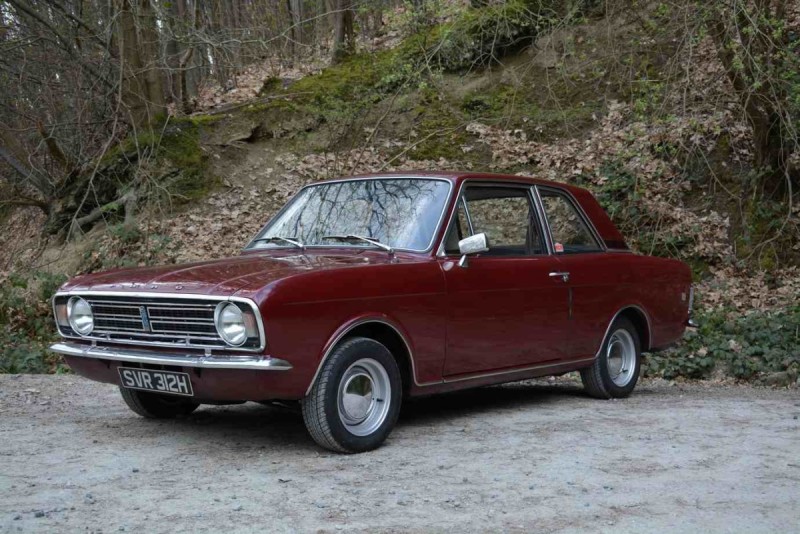 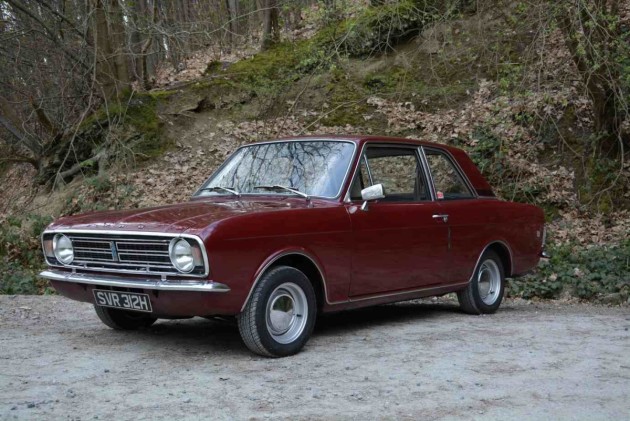 After getting off to such a flying start, it’s no surprise that Ford stuck to its winning formula with the second generation Cortina that came out in 1966.

Although the Mk1 was superbly engineered, its high-fashion styling dated rather quickly which resulted in a rather short shelf life - no bad thing when your business is selling new cars! Once again, the new model took its styling cues from America, design chief Roy Haynes clearly being inspired by the neat minimalism that was sweeping through the Ford empire at the time. So, a mere four years after the Cortina Mk1 rolled out of Dagenham, the Mk2 version followed suit.

With the advertising slogan, ‘New Cortina is more Cortina’, it did exactly what the copywriters promised, being wider with a more capacious interior, and a larger boot. Driver comfort and ease of use were also factored in, with the increasingly luxurious interior complementing the softer ride and more ‘grown up’ feel of the new car.

For the UK market, the entry level model made do with a 1.3-litre engine and the rest with a 1.5-litre unit but it was only a matter of time before Ford engineers were beavering away on an improved 1.6-litre crossflow version of its Kent four-cylinder. The new crossflow heads were introduced in 1967 and saw a corresponding expansion of the range. The most iconic of them all was the 1600E which topped a range that comprised of base, Deluxe, Super and GT, offered in two- and four-door saloon form, as well as a capacious five-door estate.

The new engine produced 78bhp in the 1600E and 60bhp in the 1600 Super. The interior was well equipped with a black dashboard and door cappings, vinyl bucket seats, sports steering wheel, additional dash instruments and a black grille. Production finally came to an end with the launch of the rather less characterful MkIII in 1970.

A combination of American swagger and European understatement, the MkII Cortina is something of a rarity these days, especially in two-door form - if the rust didn’t get them, the racers did. It is nice to see a two-door that isn’t a Lotus Cortina replica and this 1600GT looks especially good in its rare maroon paintwork which gives it an almost Italianate elegance.

SVR 312H is a gem of a car and largely unmolested, even down to the factory numbering on the under-bonnet strut tops. The front over-riders have been removed to accommodate the badge bar, but they are supplied with the car, and the 5½J wheels might be a tad wider than original but they look so right. The chrome trim on the lower body was an original factory option, as were the extra dials on the dash.

The car benefits from tubular exhaust manifold and slightly non-standard exhaust system, but that’s not necessarily a bad thing. The engine and engine bay are otherwise standard including the original steel air filter housing (usually the first thing to go at the hands of a ‘sporting’ owner). It comes with a V5C, MOT to May 2018, three old MOTs and a period jack and wheel brace.

This is one good-looking 1600GT and a Ford that will stand out in the sea of Escort rally-types, Mk1 Lotus lookalikes, and Capri/Mustang wannabees. When was the last time you saw a Mk2 Cortina on the road? Or even at a car show? This is a car that will attract attention but it’s also a useable car that you can get into and drive. It’s a Ford, so it’s not rocket science, and that crossflow engine has a rock solid reputation with great spares back-up so no worries there. Perhaps - once you’ve bought it - the only worry will be: do you fit narrow band whitewall tyres or not?