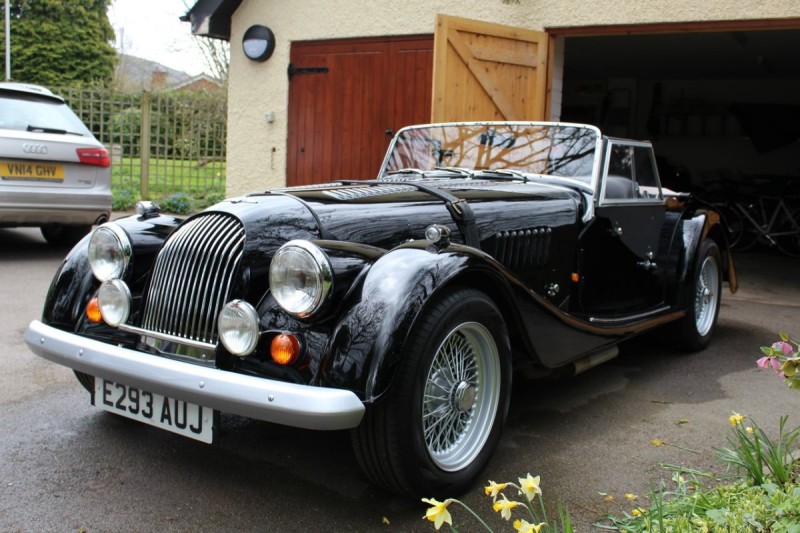 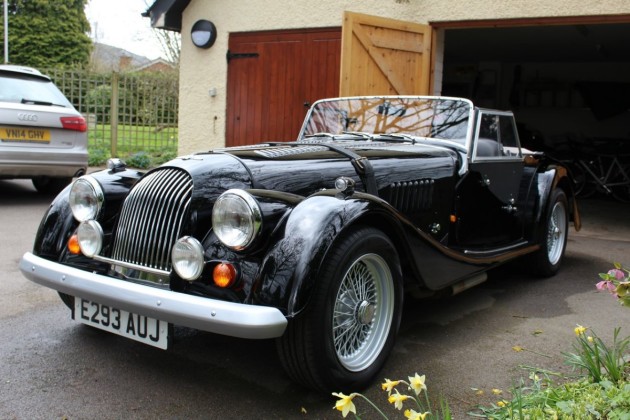 The Morgan Motor Company made its name through the introduction of the brilliant 3-wheeler over 100 years ago.

At a time before mass production techniques took over in the early '20s, the Morgan offered a cost effective, light and entertaining alternative to the motorcycle combination and many were sold as regular family transport. When fitted with one of the more sporting JAP engines it turned into a very rapid machine indeed and as time went on, and products such as the Austin 7 and Morris 8 took over the market for economical family transport, the Morgan’s abilities appealed more to the sporting motorist.

In the early '30s the market for 3-wheelers started to wane, and the introduction of a more modern looking Ford-powered F Type 3-wheeler didn’t really help matters a great deal. In 1936 HFS Morgan finally bowed to the inevitable and introduced the 4/4 (meaning 4 wheels and 4 cylinders) as a grown up sports car, available as either a 2- or 4-seater.

Based on the Z-shape chassis from the F-type, and still using the same sliding pillar front suspension design that HFS introduced on his first car in 1909, the 4/4 became the basis for a whole range of models that are still in production today. The 4/4 retains the crown for having the longest continuous production run of any car – 1936 to the present day.

As correspondence on file reveals, this 4/4 was ordered new by a gentleman in Guernsey in May 1987 and was delivered to him seven months later via local Morgan dealer St Peter Port Garages. A two-seater with a Plus 4 aluminium body painted black, the specification included a 1.6-litre Ford CVH engine mated to a 5-speed Ford Sierra gearbox; painted wire wheels; reclining seats; Plus 8 spot lamps; reversing lights; luggage carrier; bonnet strap; door handles; locking petrol cap; spare wheel cover; hood, tonneau and sidescreens. The total cost was £10,595.

The car remained on Guernsey for the next 21 years in the hands of just one owner, covering only 5,200 miles, before coming back to mainland Britain in January 2008. It has had four owners since and has still only covered 15,800 miles in its 30 year life to date. Always kept garaged and used in fine weather only, it comes with sundry invoices for routine maintenance plus the original purchase invoice, brochure and owner's handbook. It has also been fitted with a stainless steel exhaust and a fresh set of tyres.

Said to drive beautifully and only for sale due to the impending arrival of a Plus 8, it is MOTd until August 2017 with seven old MOTs to warrant the mileage. Surely among the best and lowest mileage examples you could hope to find, with an appealing Plus 4 aluminium body, it is ready to enjoy right away and will doubtless prove a shrewd investment in years to come, if only the lucky new owner can resist the temptation to pile on too many extra miles in the meantime!