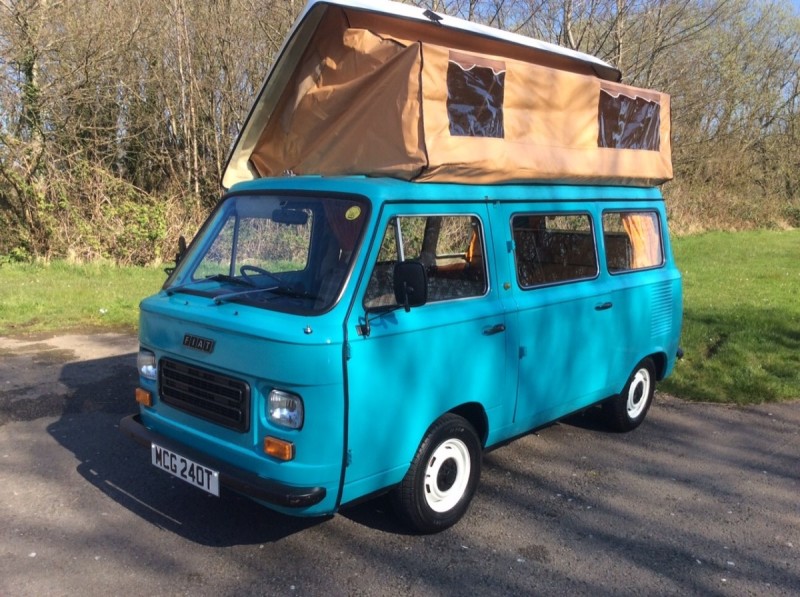 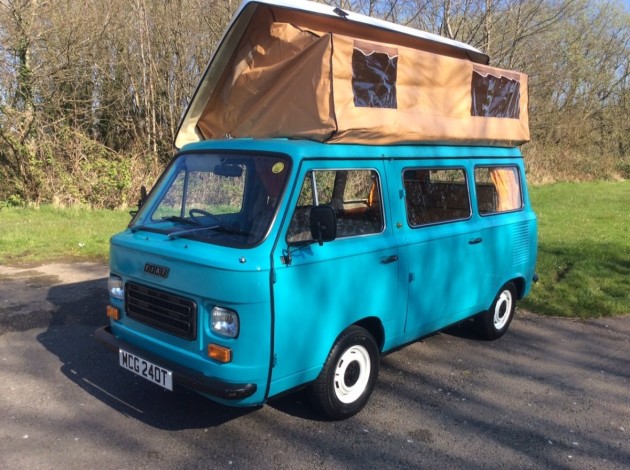 Launched in 1976, the Fiat 900T light commercial was available in a number of variants including a panel van, a seven-seat minibus and an Amigo camper van.

It was powered by a rear-mounted 903cc petrol engine producing 35bhp, the same engine as fitted to the highly successful Fiat 127 supermini which won European Car of the Year in 1972. With cute looks and a handy 29ft turning circle, the Amigo had an elevating roof and could carry seven passengers with sleeping space for five comprising two bunk hammocks and seats that converted into beds with room for three children.

First registered in September 1978, this rare RHD Amigo has a gas cooker, a stainless steel sink unit, a table and plenty of storage space. It has covered only 63,000 miles from new with no fewer than 24 old MOTs to warrant the mileage plus plenty of service history including an invoice for a new timing belt kit in May 2015.

Said to be in good condition throughout and to drive well with an MOT until February 2018, it also retains its original handbook, service book and instruction manual, plus an original (and amusingly insistent!) sales brochure. An interesting alternative to the ubiquitous VW camper van, it also looks good value by comparison at the modest guide price suggested. Like the brochure repeatedly says: 'If you can find a better motor caravan for the money - BUY IT'!