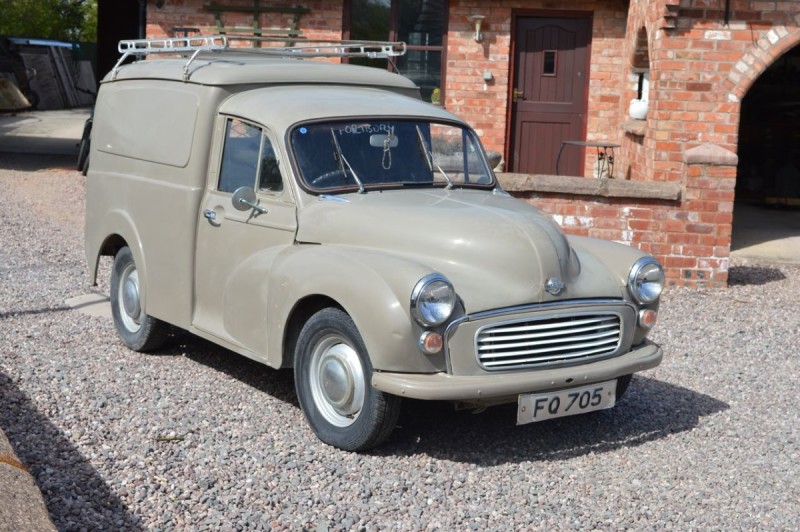 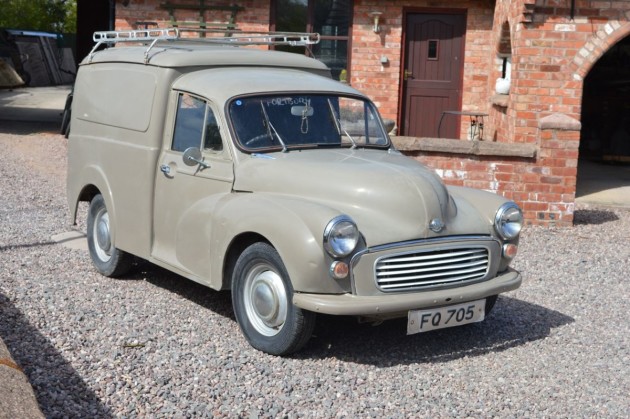 The new 1000 introduced some worthwhile improvements, the biggest change of course being the new, larger capacity engine. Other modifications included a new dashboard layout, a different heater, plus new, larger tail/flasher and front side/flasher lamps.

This recently imported van dates from 1971 and was exported new to Cyprus. Its first owner is reputed to have lived in the North of the island, using the van to flee to the South when the troubles erupted, ending up living in the Morris for several months before settling for good.

It was then sold to a general builder who kept it for many years and was using it as his everyday van until recently, and presumably would still be driving it had the vendor not spotted it and persuaded him to part with it. He was particularly impressed with its rust-free condition underneath, the dry Cypriot climate being particularly kind in this respect. The vendor brought it back to Britain in March of this year and although not UK registered, it does come with a NOVA document so that registration with the DVLA should be a formality.

In running and driving condition, it is testament to the quality of the original design fundamentals that this three-owner Morris van was still going about its daily tasks nearly 50 years after delivery. It would make an ideal ‘use and improver’, or be an excellent base for a full concours restoration. Bid vigorously now and the choice could be yours.