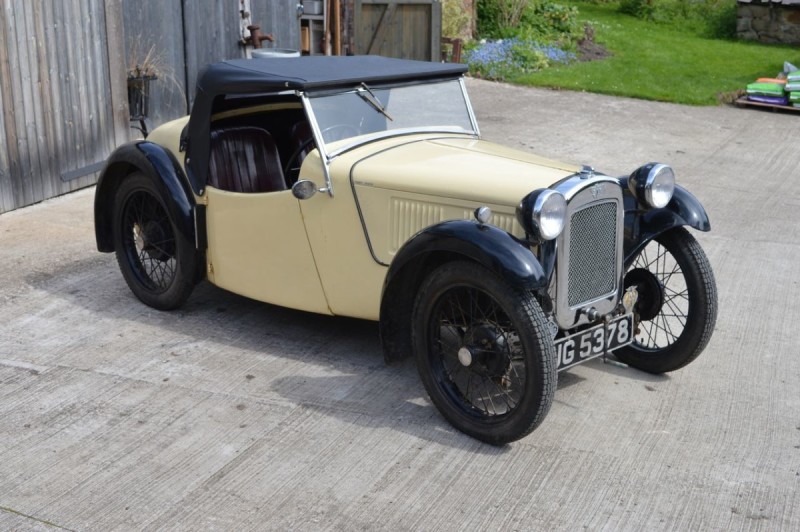 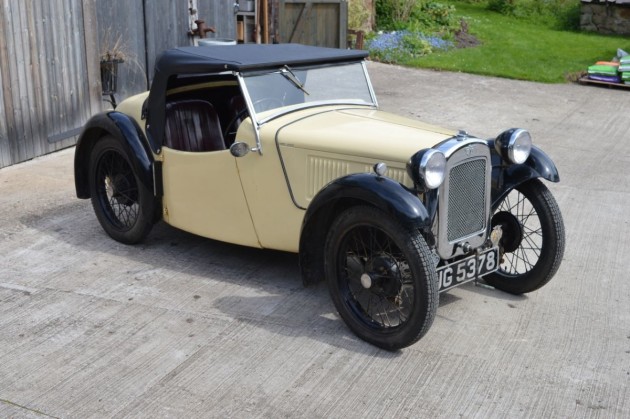 The diminutive baby Austin made an unlikely sports car. The butt of many jokes when unveiled to the public in 1923, it was Herbert Austin’s son in law, Arthur Waite, who suggested competing in one, having spotted the potential of its ultra-light body and chassis combination and its tough, reliable engine.

The little cars dominated the 750cc racing class wherever they went, often taking the 1,100cc and 1,500cc classes at the same time. Herbert Austin’s son in-law, Arthur Waite entered the 1928 Australian Grand Prix with a specially prepared works two-seater with a pointed tail and twin aero-screens, a car thought to be the prototype of what was to become the Ulster model. His post-race telegram says it all “Austin Seven (Waite) first against all classes up to 2000cc……..created furore.”

From then on, a factory-supplied Sports Austin Seven was never out of the catalogue. First came the Super-Sports, then the Ulster which was followed by the short-lived ‘65’. The Nippy, basically a steel-bodied ‘65’ arrived in 1933 which was produced until 1937 when it was replaced by the Speedy, although this was built in penny-numbers and finally the Grasshopper which was really a factory prepared car designed specifically for use in reliability trials.

Developing 23bhp at 4,800 revs, it had nearly twice the power of a standard Seven with a top speed of 65mph. With a low centre of gravity and weighing just 495kg, the Nippy proved an amusingly brisk and chuckable sportscar. Costing £152 at launch, just 682 were made, making it one of the rarest and most desirable Sevens of all.

This attractive Nippy spent many years in the Phil Lomax collection in Yate near Bristol. The collection was sold in 2010, the Nippy being purchased by a couple who took it to well-known Austin expert John Barlow for a once-over.

It subsequently came into the hands of the vendor through an advert in the VSCC newsletter last year and since then he has fitted a new hood frame and a professionally tailored hood. It has a down-draught Zenith carburettor, although other than that, the vendor is not sure what else has been done to spice-up the performance of the engine which he confirms is not original to the car.

He has driven it regularly, but is looking for something a bit more spacious in which to travel longer distances. His loss is your gain, as this nicely presented, rare and genuine Sports Austin looks excellent value at the suggested guide price and has very recently been given a VSCC Buff Logbook (standard) which although not transferable, means that this season's VSCC events await its new owner...