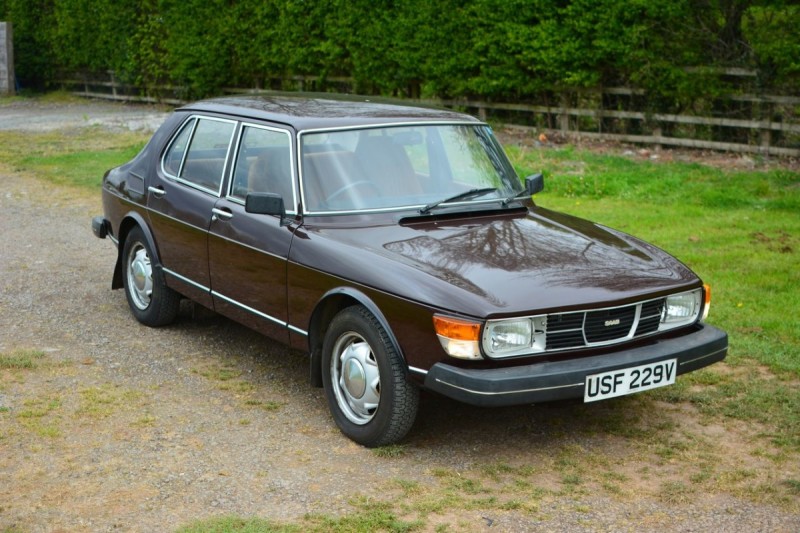 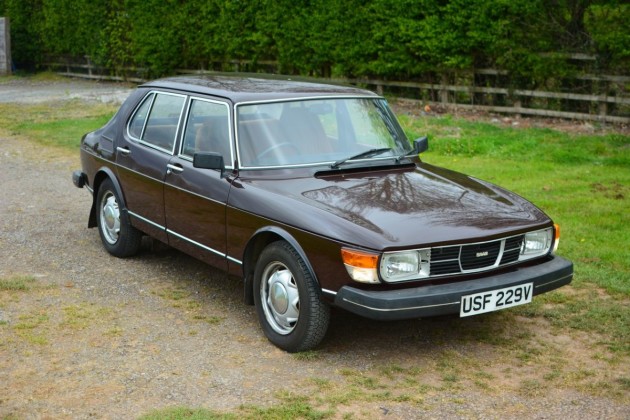 Launched in 1968, the Saab 99 (known internally as ‘Project Gudmund’) was to take Saab into a new sector beyond their immensely successful but smaller 96.

Initially the plan had been to offer the new 99 with Saab’s proven 2-stroke, but they eventually went for a conventional 4-stroke, 4-cylinder engine, developed in tandem with Triumph and UK engineering firm Ricardo – although Saab developed it further to overcome a number of design faults, first in 1.7 litre form, later 1.85 and finally 1,985cc.

A short run of around 48 Saab 99s were also fitted with the sonorous but troublesome V8 found in the Triumph Stag but this was soon dropped due to reliability issues and the 1,985cc unit was turbocharged to become the 99 Turbo, the forerunner of an awesome era of blown Saabs that continued into the ‘80s.

In a break with the past, Saab opted to go for a front-wheel drive set-up for the new 99, although the engine was somewhat unconventionally mounted back to front, with the clutch at the front and a triplex chain-driven gearbox mounted underneath. The chassis was designed for passive safety, with deformation zones front and rear.

A novel feature of the saloon was the addition of a heating duct for the rear window controlled by a lever between the front seats to aid rear demisting. The 99 featured a floor-located ignition switch which also locked the gear stick (rather than the steering wheel). This arrangement required the driver to select reverse gear before the ignition key could be removed – something which is guaranteed to baffle valet parkers!

Launched to great acclaim, Mass Motorist magazine wrote that: "The little 99 has the flavour of an aeroplane on four wheels…. Comfortable, well-made, satisfying to drive and well-equipped, the BMW 2002 and Alfa Romeo Giulia are the 99's main rivals”. High praise indeed.

First registered in May 1980, this Saab 99 GL Super has had just two owners from new and has covered only 19,422 miles to date. The current owner acquired the car from a local East Lothian friend in 1996 and tells us that it has never let him or the first owner down and has never needed anything more than routine servicing throughout its life.

The ‘Grand Lux Super’ specification includes twin carbs and 107bhp, automatic transmission, and a wonderfully period orange velour interior. Stored in a dry garage for the last few years, the car might benefit from some light recommissioning, the last MOT having expired in October 2013. It runs and drives but would clearly benefit from a tune-up.

The history file includes 27 old MOTs back to 1983 at which point it had covered 7,616 miles. Other invoices show a replacement exhaust section in October 2006 and a lube service in April 2004. There are two old registration documents, an original Saab 1,200 mile warranty inspection card, and service card with two stamps dated 1980 and 1985 at 7k and 11k miles respectively. An owner’s handbook and Haynes workshop manual complete the history file.

In impressively original condition throughout, this low mileage cracker is a real find that will appeal to any Saab enthusiast.