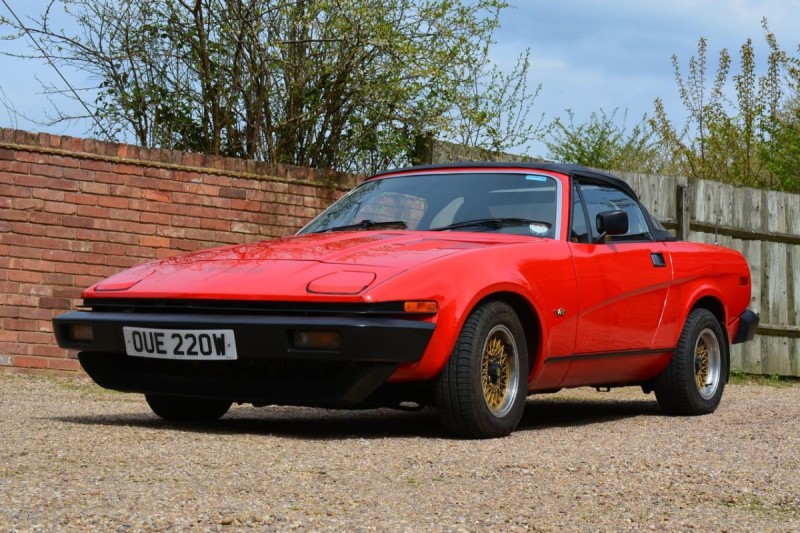 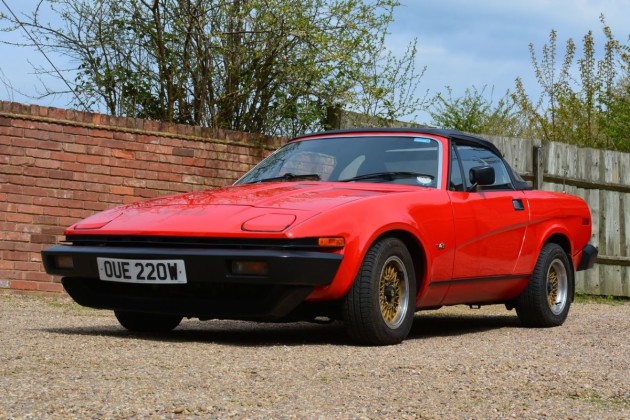 Launched in 1976 as British Leyland's answer to the safety and emission requirements which were strangling the macho TR6, the TR7's wedge-shaped body and sawn off rump divided opinion like no Triumph before or since.

But if Harris Mann's body styling was shockingly new, the underpinnings were reassuringly familiar and were largely based on the excellent Triumph Dolomite. Wide enough to incorporate the extensive range of engines envisaged for it (from 2-litre four cylinder to 3.5-litre V8), the TR7 came as standard with a 105bhp 2-litre four cylinder overhead-cam unit, more or less the same as that fitted in the Dolomite (and the Saab 99). This was mated to a four-speed gearbox, though an overdrive five-speed box became available later, as did an automatic.

Steering was rack-and-pinion, while the brakes were servo assisted discs with drums at the rear and the suspension comprised MacPherson struts at the front and a live rear which meant the car certainly handled better and was easier to live with than the rugged, open-topped TR6.

A special run of cars were developed by BL’s competitions department that were powered by the meaty Rover 3.5-litre V8. These powerful and highly tuned TR8 models enjoyed considerable success on the international race and rally circuit and a softer road-going TR8 was eventually put on sale in 1978.

Despite its quirky looks, the TR7 had decent performance and sold well, staying in production until 1981 by which time 112,000 had been made. Rust-proofing was not the car's strong suit though, and now surprisingly few examples remain, only 1,726 Convertibles and 1,026 Coupes still being UK registered today, according to DVLA figures.

Starting out in life as a regular TR7 Convertible in August 1980, this particular car was converted to TR8 specification by an ex-Rover engineer when it was just five years old. The work has clearly been done to a high standard and an engineer’s report by the Sutton MG Centre dated March 1986 declares that: "The correct parts ie; engine, gearbox, prop shaft, rear axle, front sub-frame, suspension, braking system, cooling system, steering have been fitted correctly and the vehicle is safe and in accordance with TR8 specification".

A very large history file accompanies the car which details all the work carried out at the time of the conversion and also documents subsequent maintenance including a substantial restoration in the late 1990s. Many old MOTs going back to the 1980s show that it has only covered some 26,000 miles since the build was completed.

Looking good and sounding magnificent on the occasion of our visit to take these photos, this potent Triumph will turn heads wherever it goes and comes with an MOT until April 2018 with no advisories recorded.