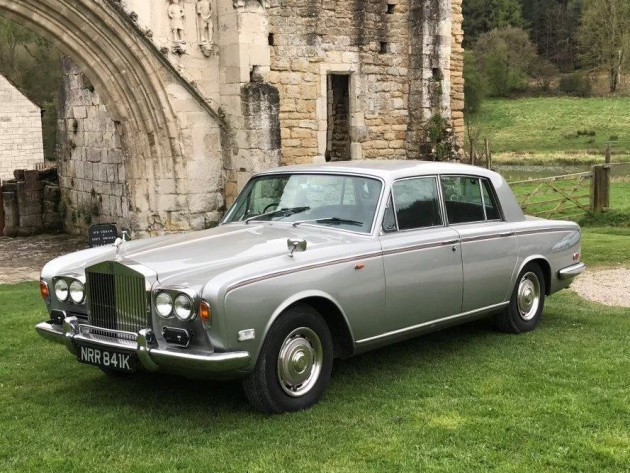 One of four Silver Shadows in our sale today, this 1972 example looks very smart in silver with a black leather interior and green Sundym glass.

Bought new by Middlesex dentist Mr B Abrahams in January 1972, this Shadow I has had just three further owners since, the current keeper acquiring it way back in 1992. The odometer is displaying only 45,300 miles which is believed by the vendor to be correct although there is insufficient documentary evidence to warrant this.

The original service book shows six stamps to April 1979 at 30,098 miles and there is a bill for a major £2,000 service in July 1998 although no mileage is stated. Another bill shows that a new exhaust system was fitted in 1989.

An online MOT history check shows that the car has been very little used in the last 10 years, covering only enough miles to get to the testing station and back, by the look of it, and it has not been used at all for the last couple of years.

Due to have a fresh MOT in time for the sale, it is said to be in very good order throughout, as befits a vehicle with such low indicated mileage.

PS: This car was driven 200 miles to the sale with no problems.