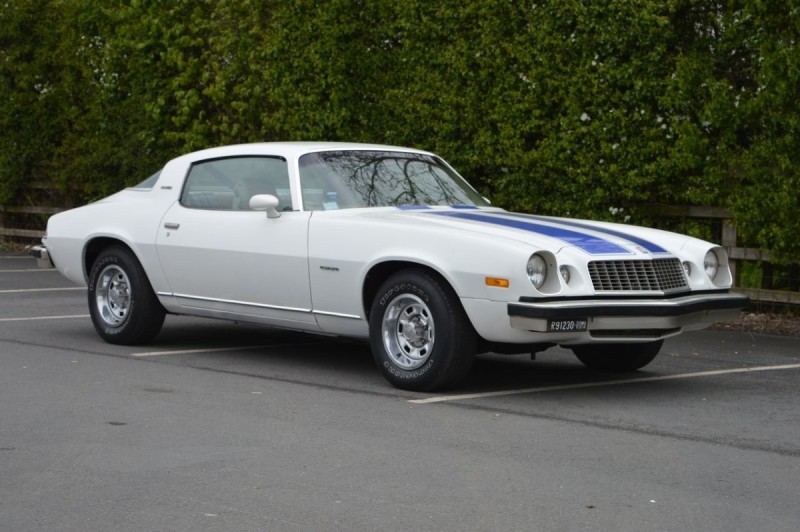 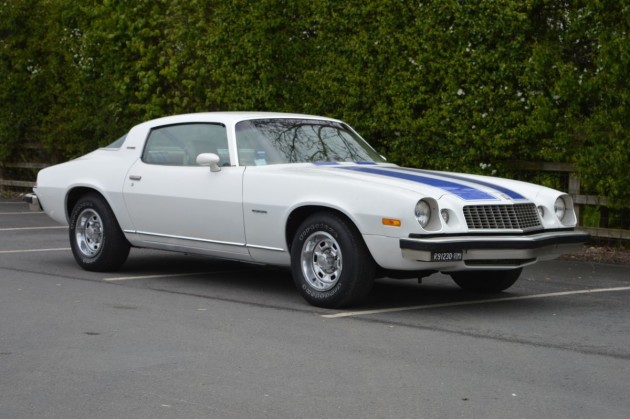 Launched in 1967, the Chevrolet Camaro was a direct response to Ford’s all-conquering Mustang and shared its platform and all major components with the Pontiac Firebird, also introduced in 1967.

Four distinct generations of the car were produced before production ended in 2002 after which Camaro fans had to wait until GM reintroduced it in 2010 as the Gen five and then the current Gen six from 2016. True to form, GM offered a range of engines, its wide engine bay accepting both economical six-cylinders and gutsy eight-cylinder motors of up to 427 cubic inches. Its aggressive styling was much lauded and in 1976 Forbes Magazine rated the Camaro as one of their ten best cars in the world.

From 1975, Chevrolet introduced their new High Efficiency range, which used a catalyst to reduce emissions rather than the restrictive anti-smog systems that went before. One of the most popular combinations was the 350cu in 5.7-litre V8 mated to a three-speed auto as fitted to this example. Although its 155bhp didn’t exactly set its wheels on fire, it produced masses of low-down torque and a burble from the exhaust to die for.

The first owner of this car took delivery of his brand-new LT-spec Camaro in Naples in 1976 before it passed into the hands of Mario Brunelli in Rome where it was registered R91230. Imported into this country earlier this year, it comes with a NOVA reference although has not yet been UK registered. The document file has an owner’s manual printed in English, a technical specification and the original Italian logbook.

The odometer shows 94,365 miles, a figure which the vendor believes to be correct, and the bodywork is extremely straight and rust-free having clearly enjoyed the warm Mediterranean climate. It started instantly and sounded superb when manoeuvring for the photos and immediately drew a crowd of admirers.

This great looking piece of classic ‘70s Americana looks like a lot of muscle for the money and will provide its new owner with many happy hours burbling around looking cool – what’s not to like?