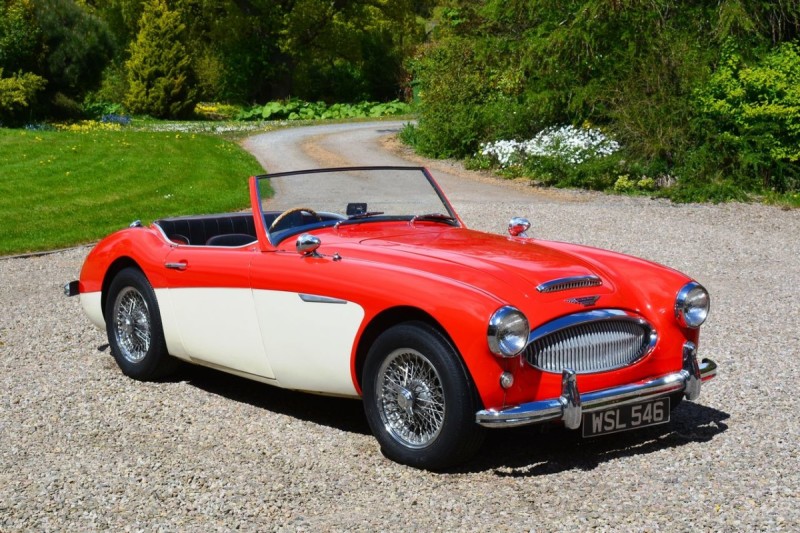 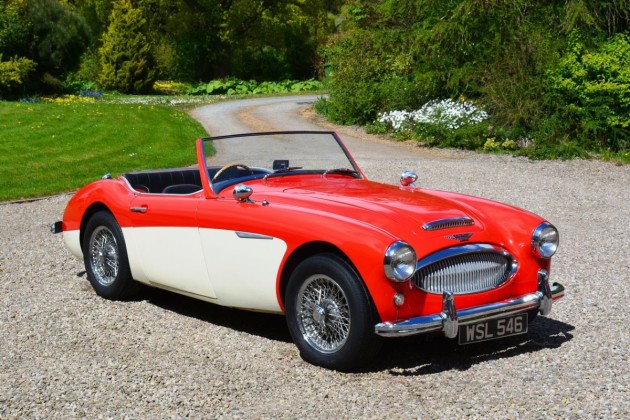 Introduced in 1959, the Austin-Healey 3000 replaced the broadly similar, smaller-engined 100/6, getting a useful boost in horsepower to 124bhp.

The 3000 MkI remained in production until the arrival of the triple-carb132bhp MkII in 1961, soon followed by a MkIIA with wind-up windows, a wrap-around windscreen and a convertible hood but just two carbs. In 1964 the final development of the range arrived, the Mk III, with power now hiked to 150bhp and a more luxurious cockpit with a walnut dash.

Since then, the iconic ‘Big-Healey’ has been the mainstay of Historic British Motorsport and has competed in so many disciplines it could almost be called the ‘Swiss Army Knife’ of sporting classic cars. International rallying, circuit racing, sprints, hill climbs, even beach racing, you name it and the Big Healey has been there, done that and often won the T-shirt.

Dating from 1962, this MkII 2+2 is one of those American cars which returned to the UK in June 2001 where it was restored and converted to RHD. Although there are no bills for the restoration, it was clearly carried out to a high standard and the car presents very well indeed.

On offer here from a deceased estate, it has been in the current ownership since 2002 and has been in regular fine weather use, an online MOT history check showing that it has covered some 4,000 miles since 2006, sailing through virtually every MOT with no advisories recorded, the current MOT running until 13th June 2017. Various invoices document routine maintenance over the years and it ran beautifully as we moved it around for these photos, starting instantly with a particularly sweet-sounding engine.

Although there is no soft top with the car, it does have a tonneau cover and also comes with a useful maintenance manual and a book on ‘The Big Healeys’ by Graham Robson. Due to be driven to the sale, this is a most appealing sportscar that will be greatly enjoyed by its fortunate new owner.