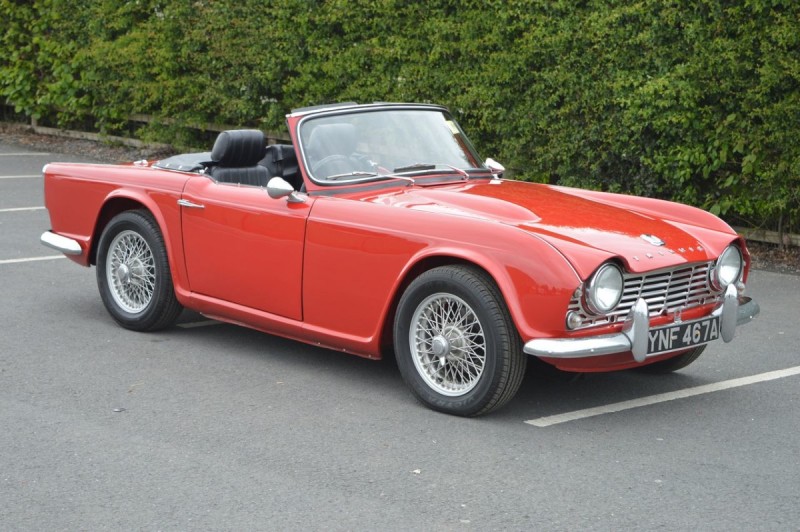 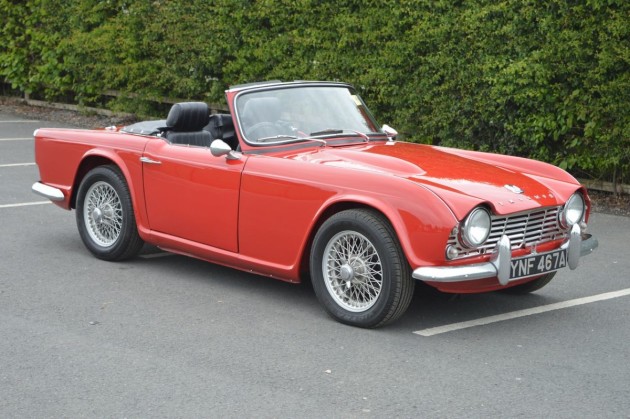 Triumph launched its new TR4 at the London Motor Show in 1961. Now an established model line, the clean flat-panelled lines of the new Giovanni Michelotti-designed TR made it look as if the new model would be quite a technological departure from the old car.

Underneath its modern exterior however, much was still TR3A, although there were important improvements: steering was now by more precise rack-and-pinion (the column was collapsible), and the four-speed gearbox was all-synchromesh. The car had a very welcome boot and the cabin was several inches wider. Indeed, with wind-up side windows and face level vents, the whole experience had become much more civilised.

The engine was larger than that of the outgoing model. Still an in-line four, its capacity was upped to 2,138cc. It yielded 100bhp giving a top speed over the magic ton and reached 60mph in around 11 seconds. Early examples were fitted with SU carburettors, later ones using Strombergs in conjunction with a reworked cylinder head that helped the engine to produce a further four horsepower and push the car on to 110mph. The addition of overdrive also helped.

The vast majority of TRs were built for export and this one was completed as a LHD model in 1963, destined for the US market. It was purchased by the vendor with a Georgia title in 2014 from a gentleman who had restored the car in the early Noughties. Sadly, nothing more is known of its time overseas except that the car was shipped out of Florida and first UK registered in September 2014. Upon arrival, the vendor decided that it needed further restoration work.

First up, he sent the car to be converted to RHD, using a company that advertised in the TR Register. The bill for this was £3,500 plus £1,474 in parts which were supplied by TR Shop. These included a new dashboard, knee pads and steering components.

He then sent the car to a company in South Africa (!) for more work to be carried out, having used them in the past and found their work to be both excellent and affordable. The vehicle was stripped of body panels and everything taken back to bare metal. All components were carefully treated, the seams sealed including cockpit and undercarriage, before being coated in stone chip and anti-rust. It was then professionally primed, resprayed and re-assembled.

All chrome was either renewed or replated and a stainless steel exhaust fitted along with new carpets, back seat, wheel arch covers, door panels, a boot kit and a new tonneau cover. A mechanical overhaul saw an electric fan, new water pump and starter motor bring the rest of the car up to scratch.

The only non-standard fitment as far as the vendor is aware are the more modern seats which offer considerably more comfort than the originals. Since the restoration was completed the car has only covered some 16,000 miles. Said to drive as well as it looks, it is due to have a fresh MOT in time for the sale.

With Triumph values going the way they are, this comprehensively fettled TR4 looks most attractive at the guide price suggested.

AMENDMENT; Bidders are advised that the vendor has not had time to get a fresh MOT on the car, informing us that there are several very minor wiring jobs that need attending to including a brake light switch and an indicator relay.