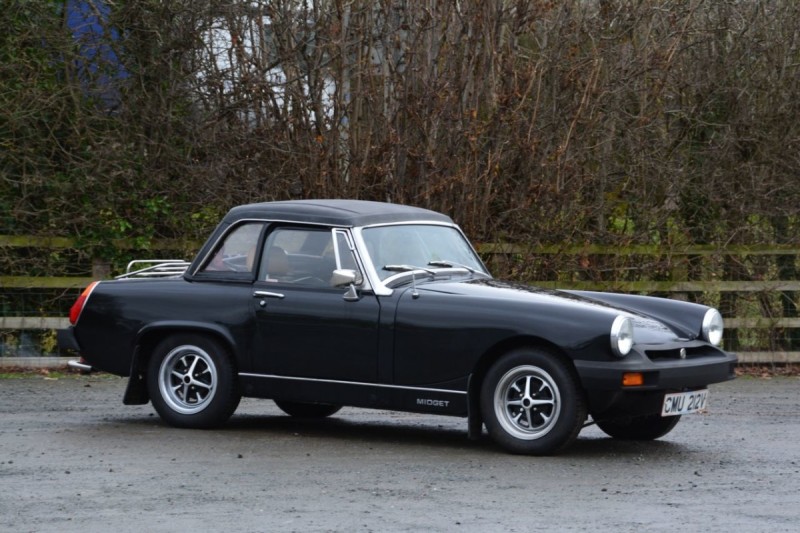 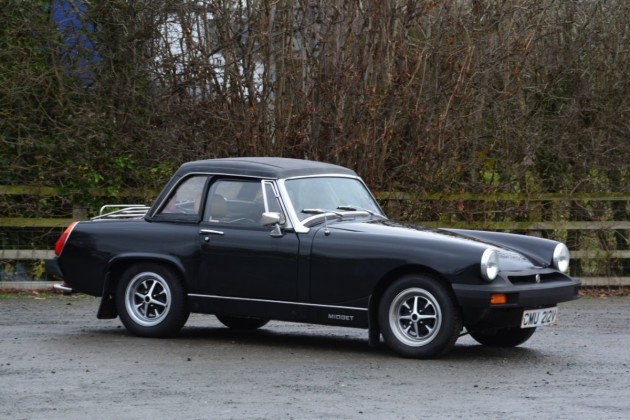 Launched in 1961 with a comparatively weedy 948cc A-Series engine, the MG Midget was constantly revised over the next two decades, going through MkI, II and III stages before finally becoming the Midget 1500 in 1974.

The main distinguishing features of the last model were Rostyle wheels, a more modern interior, a higher ride height and new rubber bumpers to improve crash performance for the all-important US market. To compensate for the car's added weight and improve performance, a new 1500cc engine was now standard which gave the car a top speed just a whisker short of the magic ton. Remaining a strong seller right until production ceased in December 1979, nearly 74,000 of these last of the line 1500s found happy customers.

On offer here from a deceased estate, this August 1979 Midget must be one of the last made. Appearing to be in generally good order throughout following an older restoration, it comes with a good file of invoices charting regular maintenance over the years with evidence of much recent expenditure at MG specialists, Leacy Classics of Birmingham, including brake parts, shock absorbers, plus numerous other items.

Finished in black with a very smart tan interior, it also has a rare hardtop for snug year-round motoring in addition to a soft top and tonneau cover. Starting promptly and running nicely as we moved it around for these photos, it has an MOT until September 2018 with no advisories recorded and is being offered here at no reserve so bid vigorously and it could be you who drives it home!