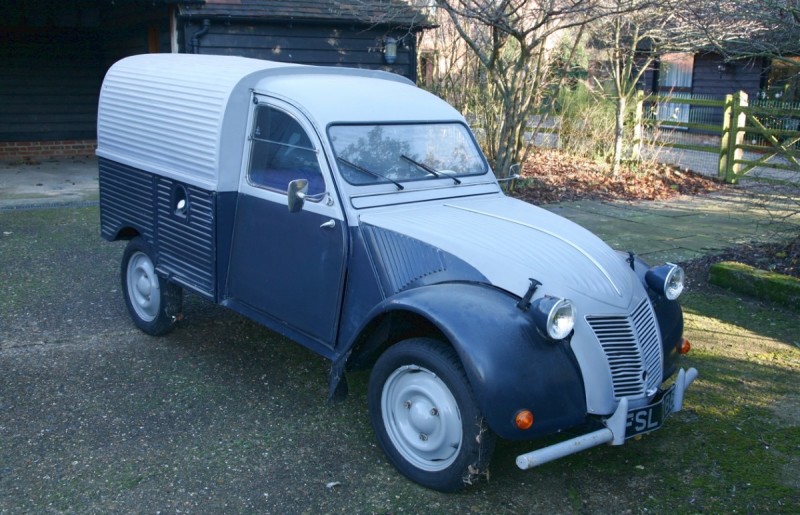 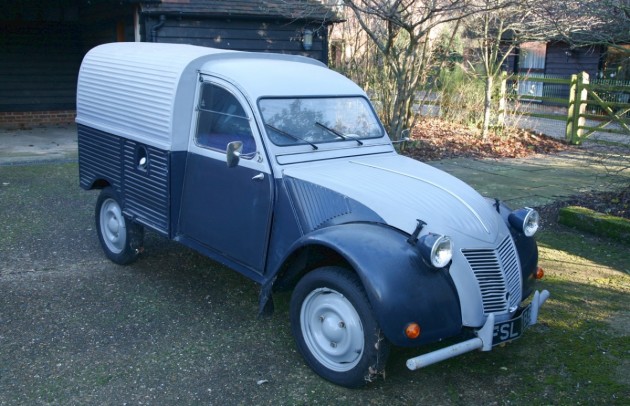 Thanks to its soft, long-travel suspension and high ground clearance, the 2CV possessed remarkable off-road abilities together with a very smooth ride. Less than half the price of a VW Beetle, it was a massive success, transforming the lives of the rural poor and selling over 3.8 million examples between 1948 and 1990.

This charming 1957 AZU Fourgonnette came to the UK in January 2000 and was given to the vendor in 2005 as a birthday gift from his wife. He then set about the major repairs that were required to get it roadworthy, including work on the sills and floor, rebuilt brakes, new tyres and general service items, the bill amounting to over £4,500 although no invoice is on file.

From 1954 the commercial van body AZ was re-designated AZU and came with the more powerful (12hp!) 425cc engine.  The engine in this AZU looks to be in good but unused condition and would probably benefit from new fluids, a good check over, and a bit of a dust! The body is finished in period two tone grey which looks the business.

The simple interior is in remarkably good condition with new seat covers, door panels and carpet. The load area shows fresh paint, but it would be interesting to know what loads were carried as it shows a few characterful creases and dents! The tubular front bumper was usually only fitted on La Poste and EdF electricity vans, so that may shine some light on its previous life.

Little used in recent years, the MOT history shows it had covered 97,700km when returned to the road in 2006, with only another 130km added since then. The last MOT expired in February 2017 but the vendor plans to get a fresh ticket in time for the sale. All in all a delightful, collectable van that is just crying out for more regular use.