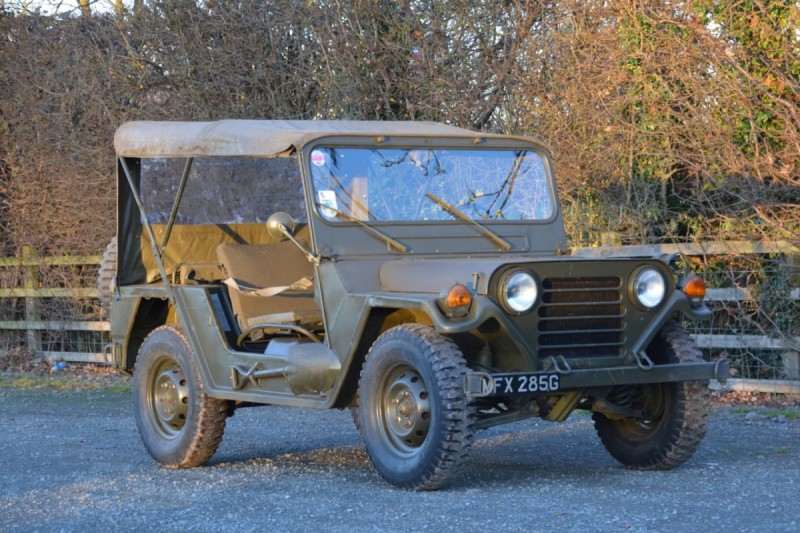 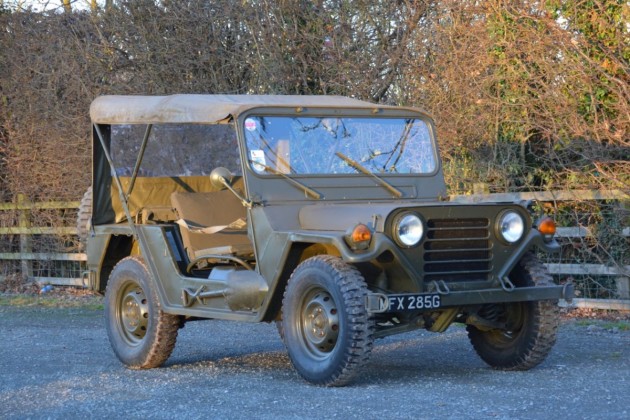 A development of the Korean War M38 Jeep which had itself evolved from the legendary Willys MB of World War Two, the M151 MUTT (Military Utility Tactical Truck) entered service in 1959 and soon proved its worth in the Vietnam War where its rugged, go-anywhere abilities made it a big favourite with the frontline troops.

Usefully roomier than its predecessors thanks to monocoque construction, the M151 also had increased ground clearance and more sophisticated independent suspension with coil springs for better cross-country ability. Power came from a 2.3-litre inline four-cylinder which developed 71bhp and 128lb/ft and was mated to a four-speed manual gearbox and, of course, four-wheel drive.

In 1969 it was improved still further with the launch of the A2 version (as here) which had revised semi-trailing arm rear suspension to cure the wayward handling of the earlier swing-axle design which was prone to tip the Jeep over during extreme manoeuvres.

Originally developed by Ford, the MUTT was also made under licence by Kaiser and AM General, proving such a success with armies all over the world that it remained in production for an amazing 23 years, over 100,000 being made before it was finally replaced by the much larger HMMMV ‘Humvee’ in 1983. In fact it remained in service with the US military right up until 1999 because, unlike the Humvee, it was small and light enough to fit inside the CH-53 transport helicopters favoured by US Marines and Special Forces.

Dating from 1969, this M151 A2 benefits from the improved rear suspension of the later models and is in outstandingly original condition throughout having covered only 3,028 miles in its 49 years to date.

First UK registered in 2004, it is believed to have spent the previous 25 years in storage as part of a collection in Holland and has had just three UK owners since. The vendor acquired it in 2009 to join his collection of military vehicles at which point it had just 300 miles on the clock.

Always kept garaged and only lightly used for summer shows, it has never been restored and remains just as it did when it first entered service almost 50 years ago. Complete with its original shovel, pickaxe and folding canvas roof, it is in good running order with an MOT until June 2018, starting easily and driving beautifully as we moved it around for these photos.