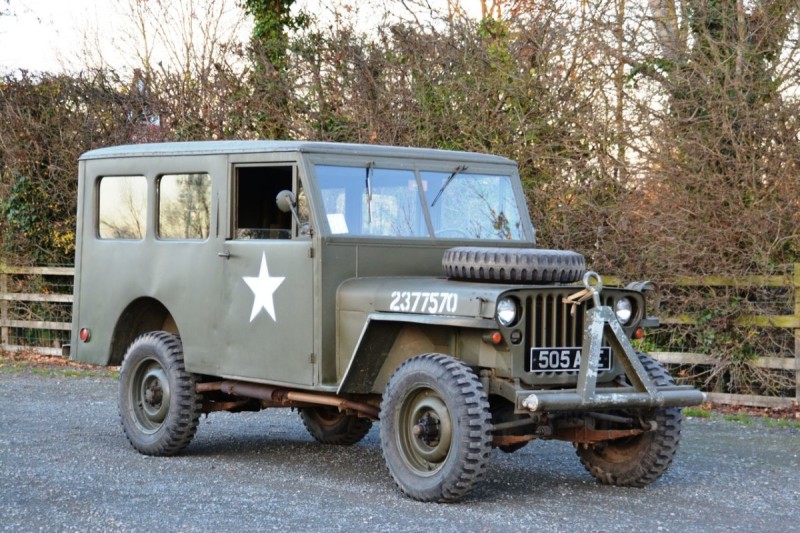 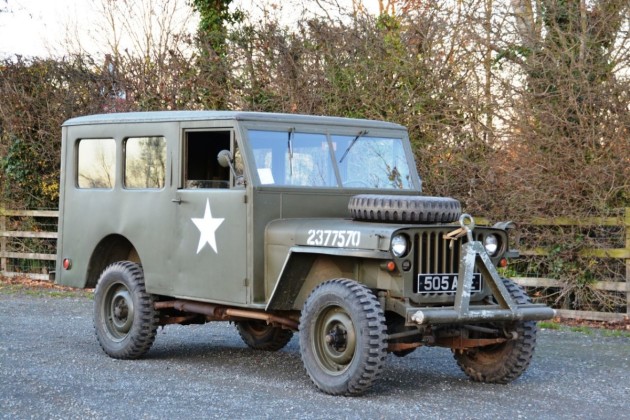 Hailed as the vehicle which won World War Two, the Jeep was developed by Willys-Overland, Bantam and Ford, with production shared by Ford and Willys.

The vehicles from both manufacturers were almost identical although the Willys-designed 2.2-litre Go-Devil engine was used in all models due to its lively performance. The Jeep was one of the first practical four-wheel drive vehicles and was equipped with a three-speed synchromesh gearbox and two-speed transfer box. Hydraulic brakes were standard and a top speed of 65mph was on tap. Production of the standard Jeep was 630,245 from late 1941 to the end of the war, of which Willys produced a staggering 363,000.

The Jeep was a huge war-winning success, and everyone wanted one from Montgomery and Eisenhower down. To the soldiers who used them it was like owning a sports car, with bucket seats, fold-flat windscreen, taut suspension and agile road-holding. The design looked right, and was right, and the Jeep has always had its admirers. Wartime examples are now highly collectible and an industry has mushroomed to supply any part required to restore and run them.

As the original chassis plate confirms, this Jeep was delivered on 5th December 1943, a buff log book further confirming that it was first UK registered in 1953 at which point it belonged to Harry Ellard who had an engineering business in Wednesfield and a large collection of military vehicles. From 1962 it was stored on his farm in Chipping Norton, our vendor first acquiring it when Ellard’s collection was dispersed in 1984 although he subsequently sold it to a friend in 1996 but soon bought it back because he missed it!

As you will see the Jeep has been converted into an estate at some point using a high quality aluminium body with an attractive ribbed timber roof lining, possibly in period but more likely while at Ellard’s engineering business in the 1950s. The vendor, a military vehicle enthusiast and collector, has kept the Jeep in good running order during his long ownership, taking it to various shows including two trips to Normandy.

Always stored indoors and in smart condition throughout, it started promptly and drove beautifully as we moved it around our premises for these photos. Given the soaring values of wartime Jeeps, with the best fetching well over £25k at auction, it could be returned to standard fairly easily using parts from the many specialists who serve this model – a temptation that the vendor has so far resisted as he likes it the way it is.

Ideal for re-enactments, shows or film work, it would also be a handy period load-lugger and would be a great promotional vehicle for any small business. Complete with a current V5C and the aforementioned buff log book, it is MOT and tax exempt and also comes with a pair of original pressed alloy number plates – the icing on the cake being that the registration number 505 ARE is transferable and doubtless has a value of its own.