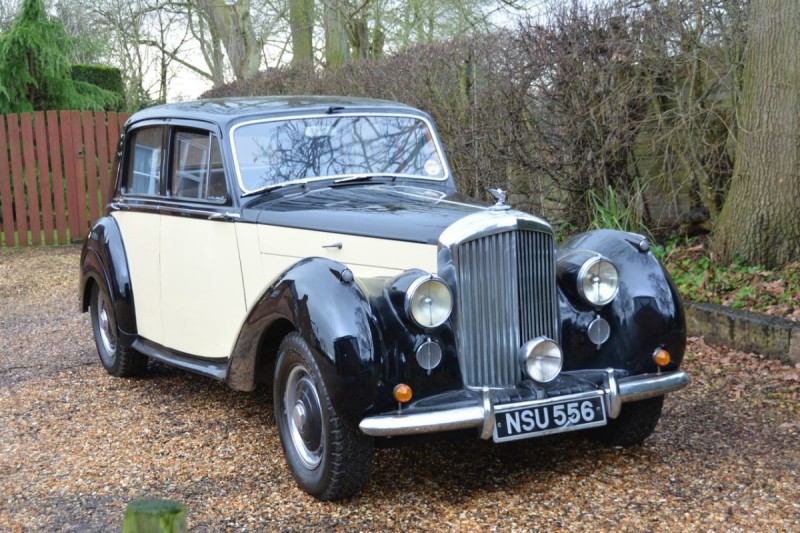 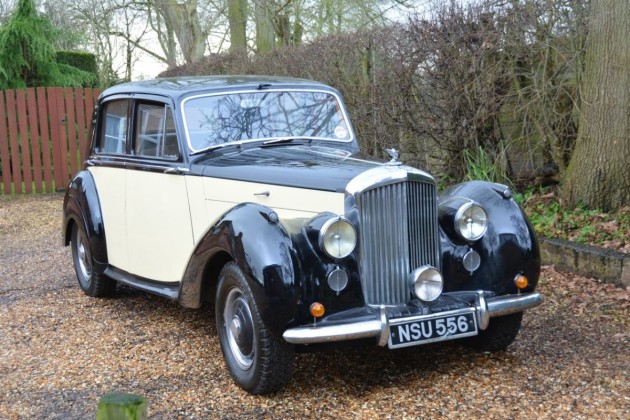 Beautifully built in the finest Bentley tradition, the stately MkVI made its debut in May 1946 after months of painstaking development to ensure that it would pass muster on the crucial export market.

For the first time ever at Crewe, the decision was taken to produce a standard model with an all steel body, thus doing away with the traditional handmade aluminium panels and ash frame of its predecessors. This enabled the firm to keep assembly of the car largely in-house although, with high volume aspirations, the body shells were farmed out to specialists Pressed Steel Ltd. in Coventry, the completed units returning to Crewe for painting, trimming and final assembly.

The chassis itself was a traditional cruciform structure with leaf springs at the rear and independent coils up front, a central lubrication system allowing oil to be applied to moving parts of the suspension from a central reservoir. Reassuringly powerful servo assisted drum brakes provided ample retardation.

Motive power came from a beautifully smooth 4.25-litre straight-six with twin SU carbs and an aluminium cylinder head, driving the rear wheels via a four-speed manual gearbox (floor-mounted to the right of the driver) with a single plate clutch. With a top speed of 95mph, the big saloon could hold its own with most sports car of the day.

The MkVI enjoyed considerable success both at home and abroad with some 5,200 cars leaving the factory before it was replaced by the largely similar R-Type in 1952. “Years of painstaking research and development with mechanical perfection as the goal show their results unmistakably. Smoothness and quietness and sheer quality are in the superlative," was how Autocar summed it up, noting that their test car could comfortably tackle steep hills in 4th and remain in top gear down to just 6mph.

This particular MkVI was first registered in Derby in July 1950 with the number ORB 201 and, according to RREC records, was first owned by one George Kenning (perhaps the famous Derbyshire businessman who founded the nationwide Kenning car dealership in the 1920s which had a turnover of £20m by the time of his death in 1956, although this is just conjecture). A green continuation log book from 1965 and an old style V5 suggest that it stayed in the Cheshire/Merseyside area for the next 40+ years, presumably being off the road for a period as it was re-registered NSU 556 in 1988 when the DVLA computerised their records.

Originally black, it was repainted in its current black and yellow livery in 1990 by a Mr Berry of Liverpool who was to keep it for 13 years before selling it to the current owner in 2003. Invoices on file show that Berry lavished a fair amount of money on the car, including a full engine rebuild in 1997 by Lane Ends Engineering of Prescot.

The vendor has also looked after the car well with invoices for over £11,000 during his 15-year ownership including repairs to the lower bodywork in 2004, rear blind and interior woodwork professionally restored to a high standard in 2005 (12 coats of lacquer), steering, suspension and brakes overhauled in 2006 when the chassis was also cleaned and waxoiled, plus numerous other jobs.

Apart from annual trips to the MOT station and the occasional summer show, the car has been very lightly used in the current ownership, covering only around 300 miles as evidenced by 10 old MOTs back to 2004.

Always kept garaged when not in use, it remains in good order throughout with a particularly pleasing and original brown leather interior with gleaming walnut dash, door trims, vanity units and picnic tables. Running beautifully as we moved it around for these photos, it also started first press of the button on what was a cold and wet winter’s day – always encouraging on a lightly used car of this era!

Supplied with the aforemenioned history file, a Rolls-Royce service manual, a period magazine ad and a very detailed two-volume workshop manual, this charming 'matching numbers' Bentley now only needs a caring new owner who can give it the more regular exercise it deserves.